Premium merchandise maker Weta Workshops has opened pre-orders on a limited edition statue of the legendary Lara Croft. The stunning display piece recalls the classic “Lost Valley” stage of the original Tomb Raider release, and depicts Ms. Croft in action as she fends off an attack from a pair of ravenous velociraptors, deep within some forgotten land lost to the annals of time.

Sculpted by Weta’s Gary Hunt, the “Lara Croft The Lost Valley” statue is 1:4 scale, standing a mighty 31″ high and 16″ wide, with a weight of around 27 lbs. Cast in high-quality poly-stone, the statue will be available in limited order format — only as many pieces will be produced as pre-orders are received. No more, no less.

As you can see from the video above, the fine detailing — especially on the raptors and the jungle floor — is incredibly intricate, while the dynamism of the pose truly captures a “still shot” of physical action. It really is quite beautiful. 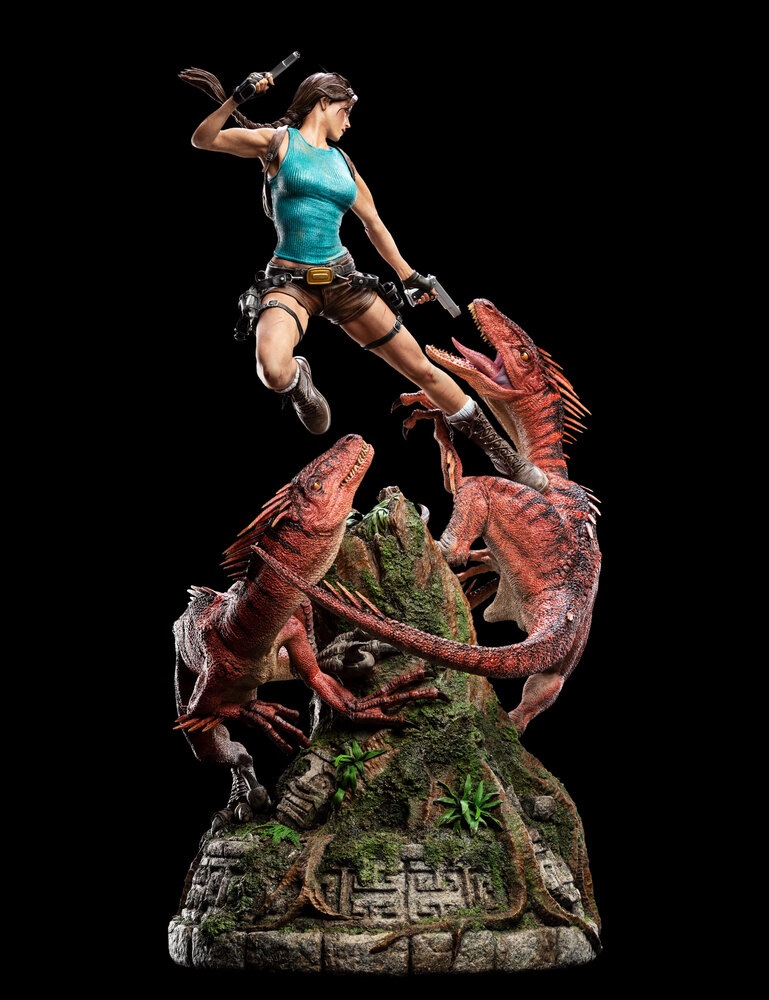 As for the damage… it will hardly come as a surprise to anybody that we’re reaching into four figures — which is fast becoming the standard for premium gaming statues in the modern age. Lara Croft will retail for around $1,500 USD, which does not include any applicable taxes, shipping costs, or customs charges. Finance options are also available over on the Weta store. The pre-order window is now live and will close on May 3, with the statue expected to release in October 2021.