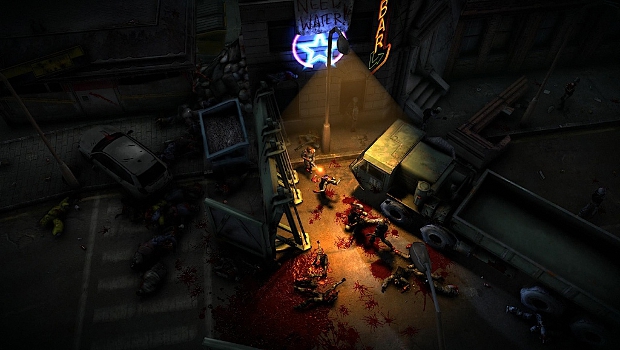 It’s been awhile since top-down zombie shooter Dead Nation hit PSN, but fans can finally rest easy and get their hands on some long-awaited DLC. The self-funded Road of Devastation has been in development ever since the launch of the game eight months ago. Developer Housemarque’s efforts to get the DLC into everyone’s hands really is quite admirable.

If you decide to drop the $3.99 on Road of Devastation, you can expect to find new tools, equipment, enemies, obstacles, and obviously a whole new environment in which to mow down waves of zombies. As with the main game, the DLC supports online and offline co-op, so go ahead and grab your co-op buddy and give Road of Devastation a shot.