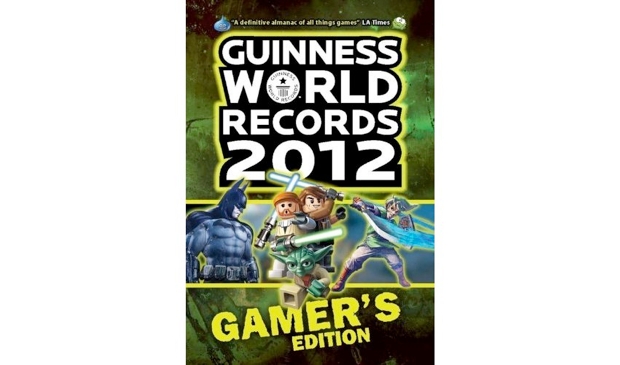 The folks at Guinness were kind enough to send me an early copy of their Gamer’s Edition of the Guinness World Records 2012 last week. It’s a really fun read, packed with 200 pages of gaming trivia and oddities, smartly sorted by gaming genres. Factoids, high score charts, and even a tagline quiz are included. Every couple of pages I found a WTF or an Oh, neat bit, and then I’d go looking for someone else to tell. This stuff is kind of lost on a non-gamer, so I saved a few notable selections for you:

Most game data illegally downloaded: StarCraft II: Wings of Liberty, weighing in at 15.77 Petabytes (that’s a 7.19 GB torrent at about 2.3 million downloads).

Most Endings in a Japanese RPG: Chrono Trigger, with 14 in all. Note that this record goes to the DS version as it has one more ending than the SNES original.

Best-selling Avatar item on XBLA Marketplace: Night Vision Goggles from Call of Duty: Modern Warfare 2. Microsoft doesn’t say how many sets of these virtual goggles were sold, but I’m sure they’re happy with the money they made at $3 a pop.

First arcade game boss: 1980 shmup game Phoenix was the first game to have a harder-than-normal character placed at the end of a level.

Guinness World Records 2012 Gamer’s Edition is available now in the US for an MSRP of $14.99 at your favorite bookseller. Amazon has it for for only $9.96.