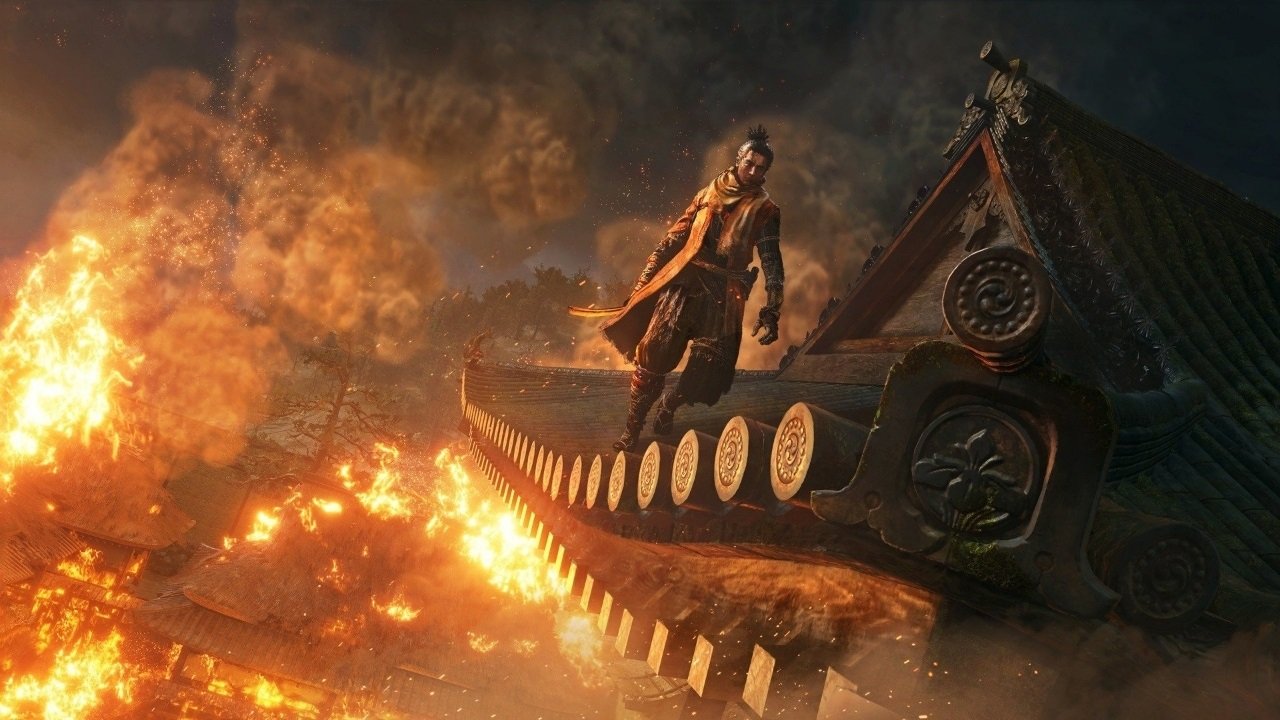 ‘It allows us to push the edge of risky combat’

FromSoftware’s upcoming Sekiro: Shadows Die Twice features a pretty notable change from the Dark Souls series. Death won’t see you reset at a bonfire, but rather resurrect on the spot to continue the battle. A lot of fans were wondering if this was a change meant to ease the difficulty of Sekiro and differentiate it from its Souls inspirations, but apparently not. According to game director Hidetaka Miyazaki in an interview with the PlayStation Blog, this new system is actually there to push the difficulty further.

The actual idea for resurrecting stems from how ninjas are fragile beings. Since ninjas aren’t known for wearing tons of armor, they can’t take a lot of damage and will perish if they make a mistake. This is contrasted against knights, which Miyazaki states, “With a knight, there’s more back and forth, there’s armor and all that.” With ninjas, “They’re taking a huge risk, they’re very vulnerable while they’re fighting.”

With that in mind, it seems like your main character will be dying a lot in Sekiro. Since requiring the game to load a bonfire each death would break up the flow of the game, FromSoftware decided upon a new mechanic to keep the action going at a steady pace. As Miyazaki puts it, “The idea of resurrection is that it helps the flow of the game. Yes, you have this battle, but you don’t necessarily need to go back every time you die, this helps to balance that out and allows for that riskier ‘edge of the knife’ type gameplay.”

That doesn’t necessarily answer how Sekiro won’t be easier, though. Miyazaki was ready for that, saying, “There’s one thing I’d like to make sure isn’t misunderstood: the resurrection system was not introduced to make the game easier. If anything, it actually can make the game harder because it allows us to push the edge of risky combat where the player can die at any moment.”

The rest of the interview goes over a few things relating to the story/lore of the game and FromSoftware’s patented vagueness. Sekiro won’t be following triple-A games with impressively directed cutscenes or arrows pointing you to your next objective, but it will be a story focused on one character. As Miyazaki puts it, “I’m a fan of stories that require you to use a little bit of your imagination in order to really understand the whole thing.”