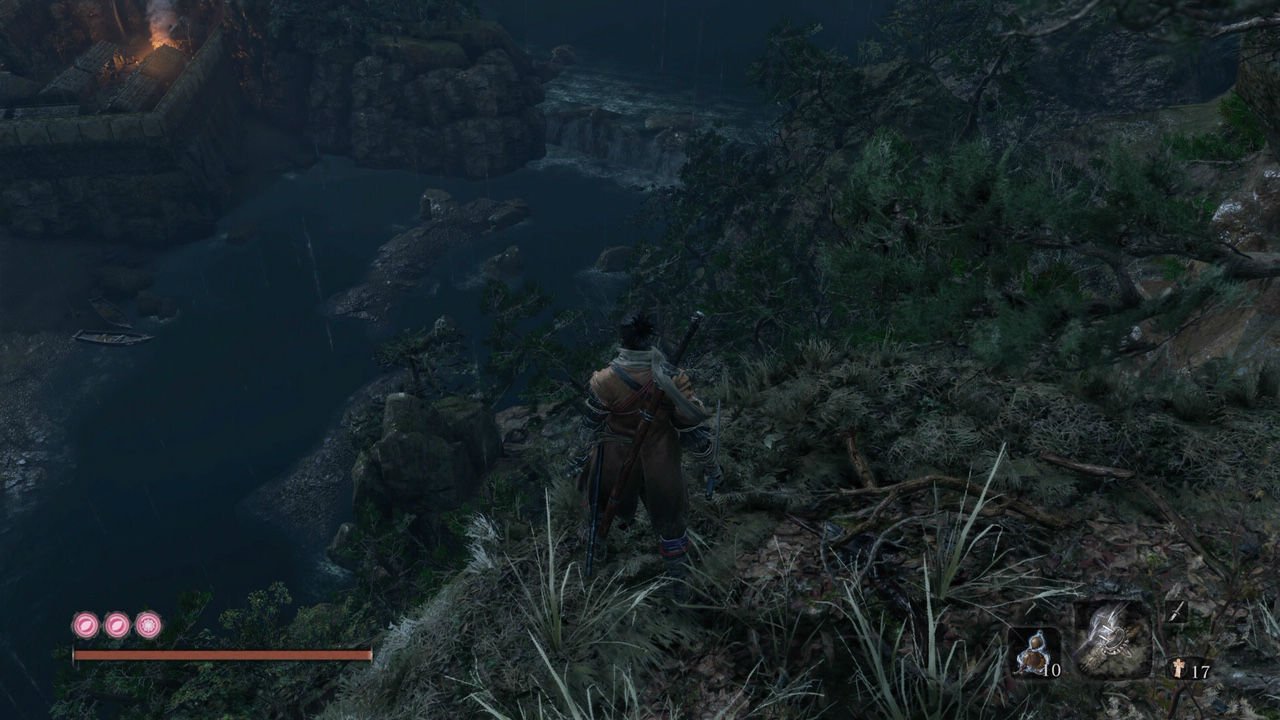 Get comfy with vases

Yeah you heard me right: five Gs for piece of a mask. Naturally in a From Software game the whole enchilada is going to be either amazing or a joke item, and fans wouldn’t have it any other way (well, some might).

Mild location and gameplay spoilers abound, here’s what it does and how you unlock it. I kept the header image super vague because you’re the best. 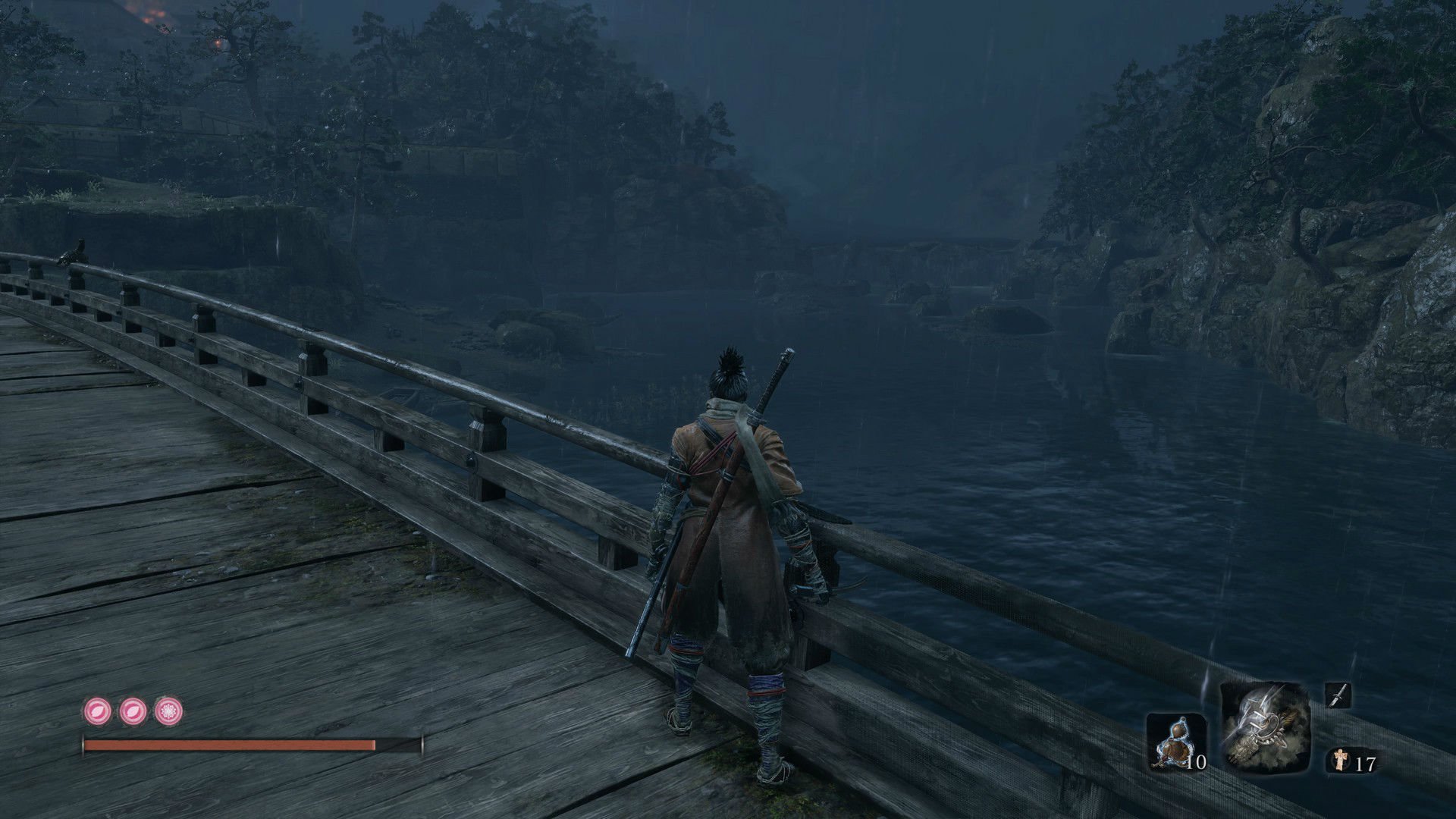 Part one: the freaky vase vendor

When you unlock the memory of the Hirata Estate as part of the main questline, head to the first area: the Dragonspring.

Find the big bridge near the start and look directly to the right of it to locate a small island off in the distance. Swim over there and talk to the blue pot. Yep you heard me: he’s actually a vendor that will sell you a mask fragment for seven Treasure Carp Scales.

These are a rare currency earned from killing Treasure Carp wildlife, which are defenseless fish sometimes guarded by mean (but easy to kill) fish bodyguards. Just swim up and attack them for scales and find them in nearly every body of water in the game. Here’s a tip: wait until you have the underwater diving item later in the game before you hunt for them in earnest, as it makes it a lot easier. 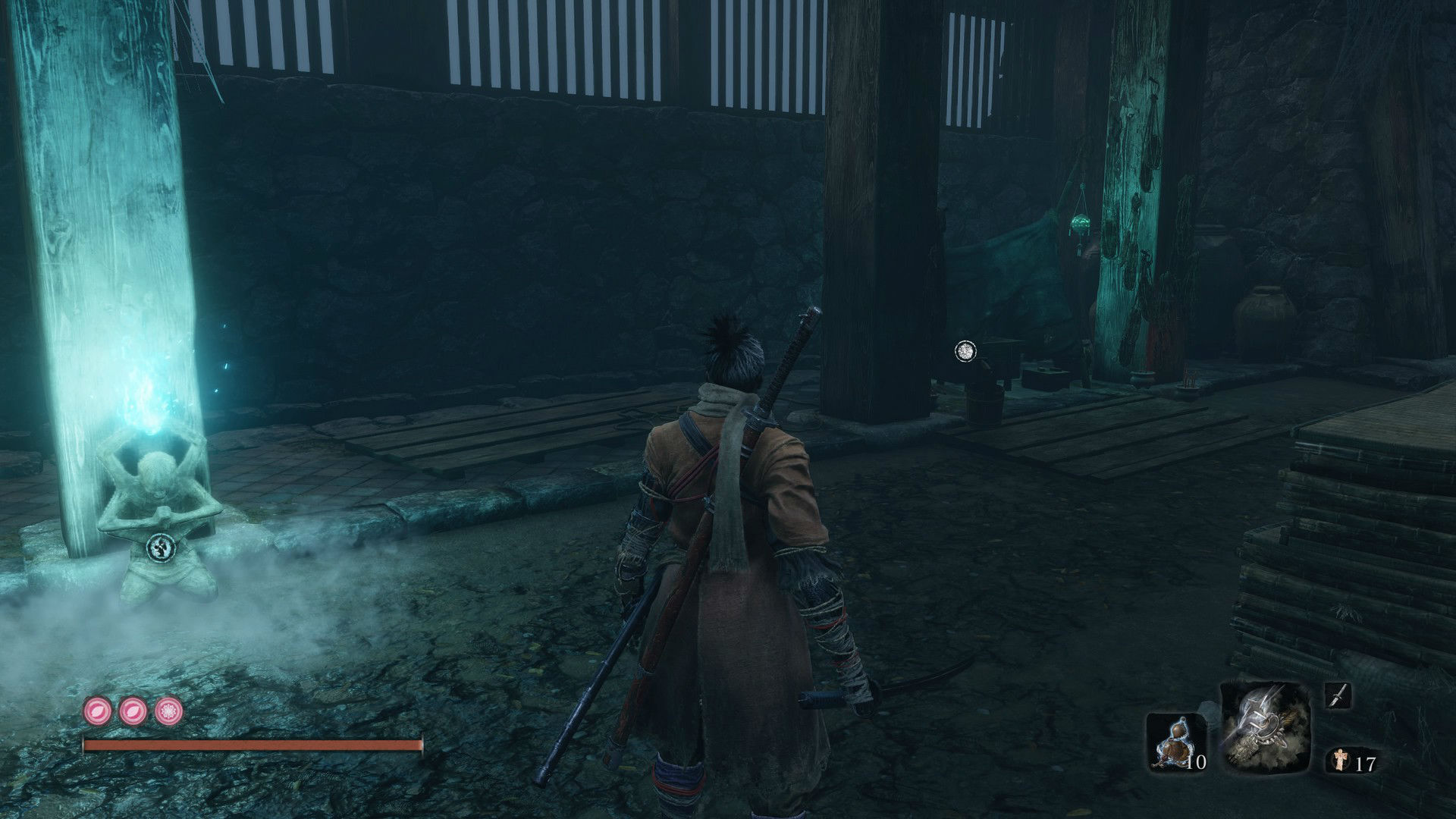 Part two: the aforementioned 5000 purchase, cash in your savings bonds

This one is easy.

All you need to do is go to the Abandoned Dungeon Entrance waypoint idol and buy the piece for 5000 gold. If you’ve been saving up money bags you can pop them all here and grab it. 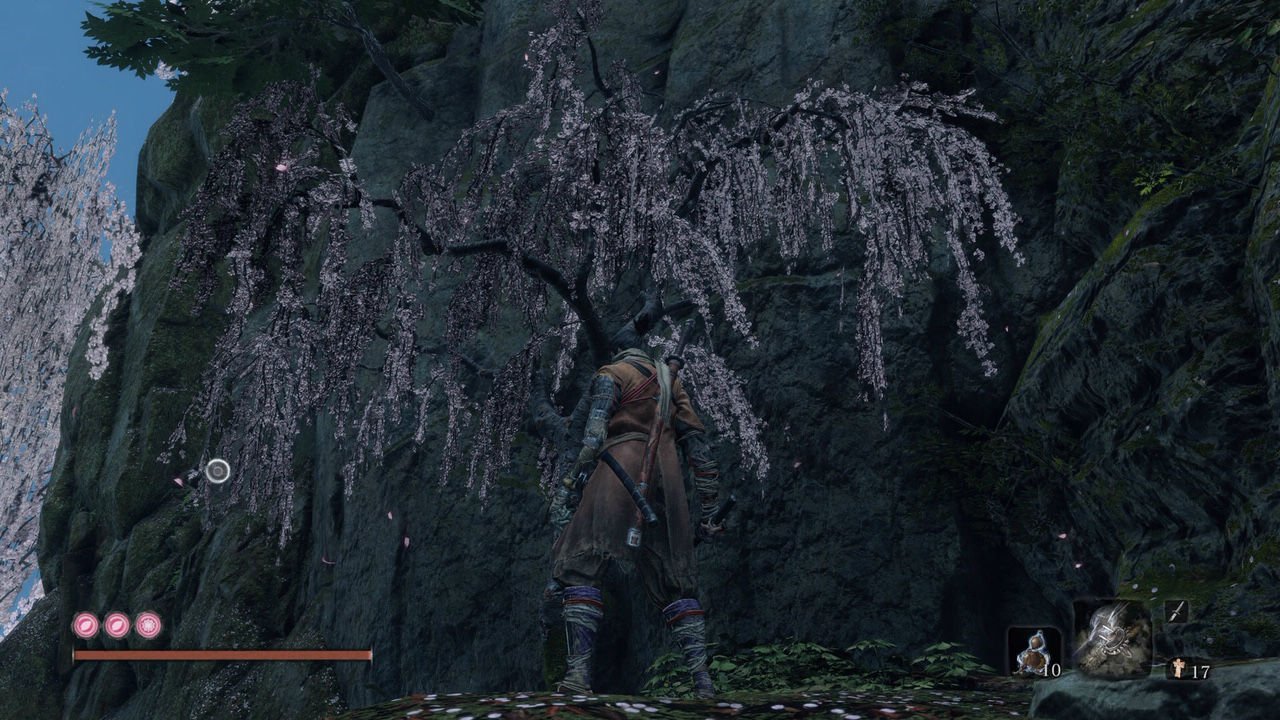 I’m going to keep this very vague here to disguise the nature of the final area of the game, but suffice to say that the last major zone you’ll encounter is called “Fountainhead Palace.”

Once you’ve made it there you’ll eventually make your way to a gate that you’ll need to open to locate the “Palace Grounds” waypoint (to unlock it, head into the middle of the body of water and swim into a large opening). From the Palace Grounds idol, go into the building and head back out the previously locked gate and turn right near the running stream. Look up for a spot to grapple and walk into the cave.

At the end of the path you’ll find a small area with a waypoint and another pot vendor, who will sell you the last part of the mask for 12 Treasure Carp Scales. So in all, you need 19 Scales and 5000 gold to unlock the mask.

You’re also pretty close to the Great Colored Carp trophy/achievement. Go back to that same aforementioned Palace Grounds gate, turn left this time. Grapple to the next area and speak to the big creature in the open patio. Ring the bell: if you give the Great Colored Carp the special bait from the first vase vendor (which you’ll get if you buy every item), it will die. Head to the Bodhisattva idol/waypoint and jump into the boss pit. You can collect the whisker item and the achievement/trophy. You’re able to give the whiskers back to the creature near the bell at the Palace Grounds. 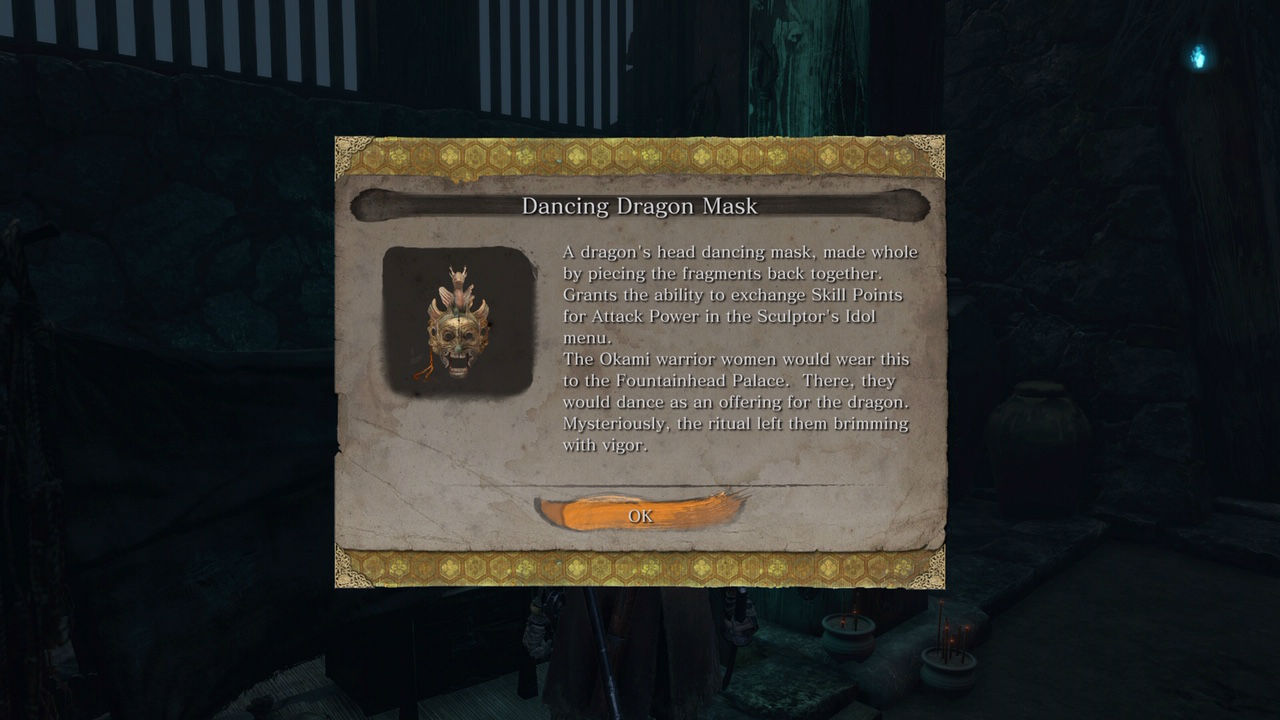 After getting all three parts at any point the game will automatically complete the mask and award you the item “Dancing Dragon Mask.” You can view it at any time using the key items section of your inventory.

What it does is very simple. It’s not an item you can wear or wield in battle per se. Instead, you can use the waypoint menu to exchange skill points for attack power, just like you’d turn in a boss memory for more attack power. The going initial rate is five skill levels per point.

It’s a muted reward on paper but it’s pretty huge and just one extra way to help you boost your attack power (though not your vitality, which are still linked to prayer beads). Then again since you can only finish it at Fountainhead, you’re pretty much done with the game anyway. As far as your first playthrough is concerned anyway!