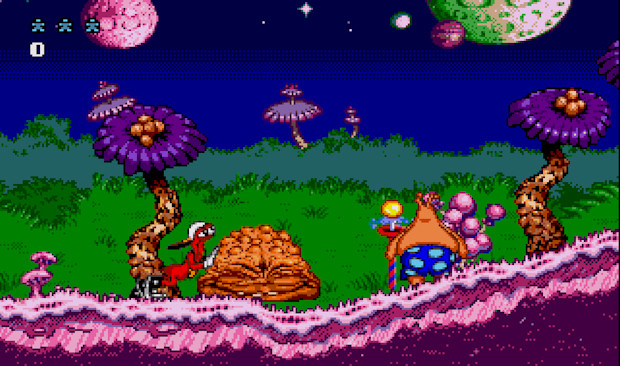 Sega has always been ridiculously keen to exploit and whore out every franchise that’s ever been popular, cramming them into remakes, re-releases and crossover games at the drop of a hat. However, one game Sega’s never tried to resuscitate is Toejam & Earl. I always wondered why Sega won’t pay tribute to the game and its classic characters, but it’s recently been revealed that it’s not a case of paying tribute, but a case of paying cash.

Responding to news that Toejam and Earl won’t be appearing in the upcoming Sonic and Sega All-Star Racing, game creator Greg Johnson revealed that it’s because he owns the rights to the game, and Sega doesn’t want to stump up the green and license the characters out. However, Jones did tease that a brand new game might eventually happen one day.

“I can’t promise anything but I’ll give it another try and see if I can get the homies at Sega to talk again on the phone,” explains Johnson. “No promises, but I’ll see what their interest level is. Hopefully they can see what amazing devoted fans TJ&E has. Hurray for the FUNK! Well if I get any news I’ll come back and post it here. And I’ll keep trying to get some new TJ&E game off the ground. No publisher has agreed to foot the bill yet, but never say never. The funky duo shall yet return.”

Would you fancy another Toejam & Earl game? Register your desire here and let Sega know that the series still has its fans. In the meantime, be happy that TJ&E will be coming to XBLA.