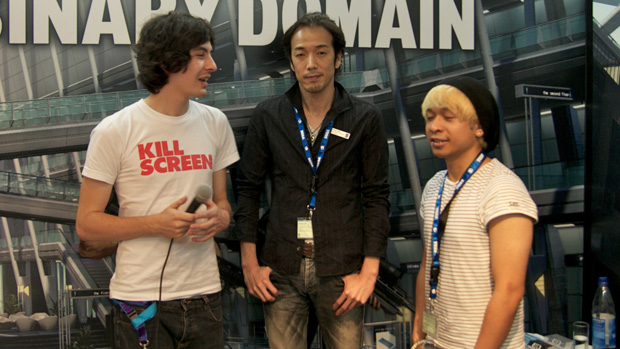 Even though Japanese developers try to Westernize their games, they always keep that certain Japanese edge. Games like Vanquish showed us that a typical third-person shooter can still feel fresh even though we have so many of them year after year.

Binary Domains’ Japanese touch is the game’s “trust meter.” Every character has a meter that shows you how much they trust you. While we were talking to Sega Japan, they explained to us how this system works and how it influences gameplay.