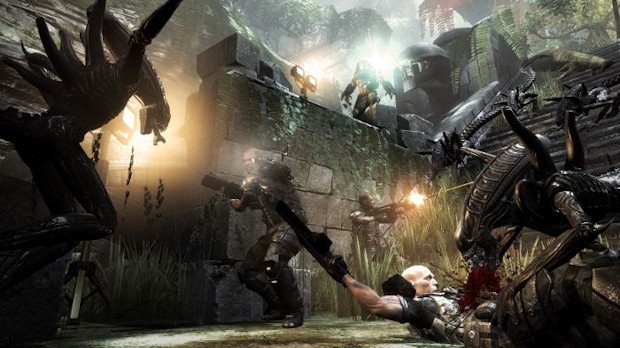 Germany hates videogames, is the message the German government seems to want to communicate. Every sensational crime committed in the country gets pinned on “killer games,” and a ridiculous amount of titles have been banned or censored thanks to the over-sensitive megalomaniacs in charge. With this in mind, Sega has simply decided it can’t be bothered to deal with all that crap.

Aliens vs. Predator won’t be released in Germany, because Sega thinks the game is too violent and doesn’t want to even try and get it past the censors. The cost of localizing and censoring the game is more than Sega is willing to invest, and really, who can blame them? Germany makes unreasonable demands on the games that try to release there, and it was only a matter of time before publishers felt it wasn’t worth the money and effort.

Despite Aliens vs. Predator looking really bloody terrific, Germans are going to have to sit this one out (or import!). I’m actually glad it’s happened — not because I want Germans to suffer, but because I want the German authorities to wonder why their economy has a big, videogame-shaped hole in it. Maybe if the government’s wallet starts to get hit, videogames will get a better deal in future.