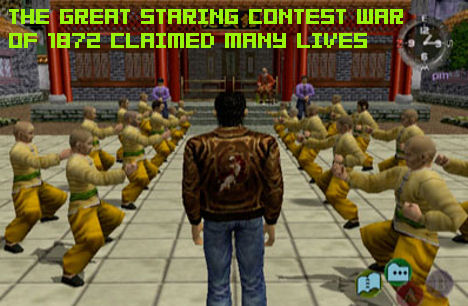 Elusive game design legend Yu Suzuki has rarely been seen or heard from since the financial disaster that was Shenmue. Sega US CEO Simon Jeffery has confirmed that the famous creator, who was once regarded as Sega’s answer to Shigeru Miyamoto, is no longer with the company.

“[Suzuki is] kind of his own man right now. Every now and again, he’ll come up with an idea, and I don’t think anything has come out of that yet,” stated Jeffery. “He’s not an employee anymore.”

The last Jeffery heard of Yuzuki, he was working on “some online stuff” in China. Although he doesn’t work in Sega, Shenmue fans might be pleased to know that he still works with it.

Suzuki brought Sega such classics as Out Run, Virtua Fighter and Virtua Cop. It’s good to see he’s still keeping his hand in, but Sega could really do with some of the man’s former inspiration these days.