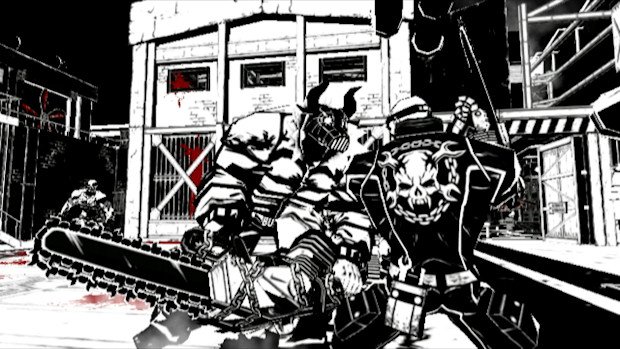 It’s a common theory that mature games just don’t work on a Nintendo platform. Both the DS and the Wii have had some rather big M-rated titles join their libraries, yet fail to rack up the immediate success that was expected. Nevertheless, Sega is still committed to giving mature Wii gamers some blood n’ guts, believing that slow-burn sales are still good for business.

“House of the Dead: Overkill was a profitable title for us,” says European development MD Gary Dunn. “Whilst it had a rather sharp tail at full price, they do bubble away at a lower price point for a long time. You get your money back and a bit on full price, but over the years, if we do the final product return on investment, profits come from the lower price point.

“You have to push boundaries and explore. I think whilst MadWorld commercially didn’t sell what we were expecting I wouldn’t say it’s game over for mature Wii titles from Sega. We’re taking a look at the resources we have now. We’ve got money to invest in development, we’re just considering where to invest it next.”

Hats off to Sega for delivering something more “adult” on the Wii. The firm’s been putting out some solid stuff recently, going some way towards making up for a few years of rubbish. Here’s hoping the publisher can continue to provide the Wii with something a little less twee than the system’s main library.