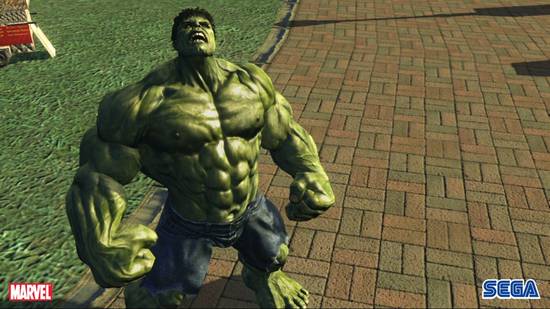 Realistic or not, the game isn’t looking half bad, and the dynamic open world of New York City combined with the wild amount of destruction Sega is promising has my attention. But movie tie-in games always have me worried. I just saw Iron Man today (only cost me and my wife $40!) and was totally impressed; has anyone played Sega’s Iron Man game yet? I haven’t, so I’m not making any judgments — I’ll leave that up to you guys.

The Incredible Hulk hits shelves next month, just in time for the film’s June 13 release.