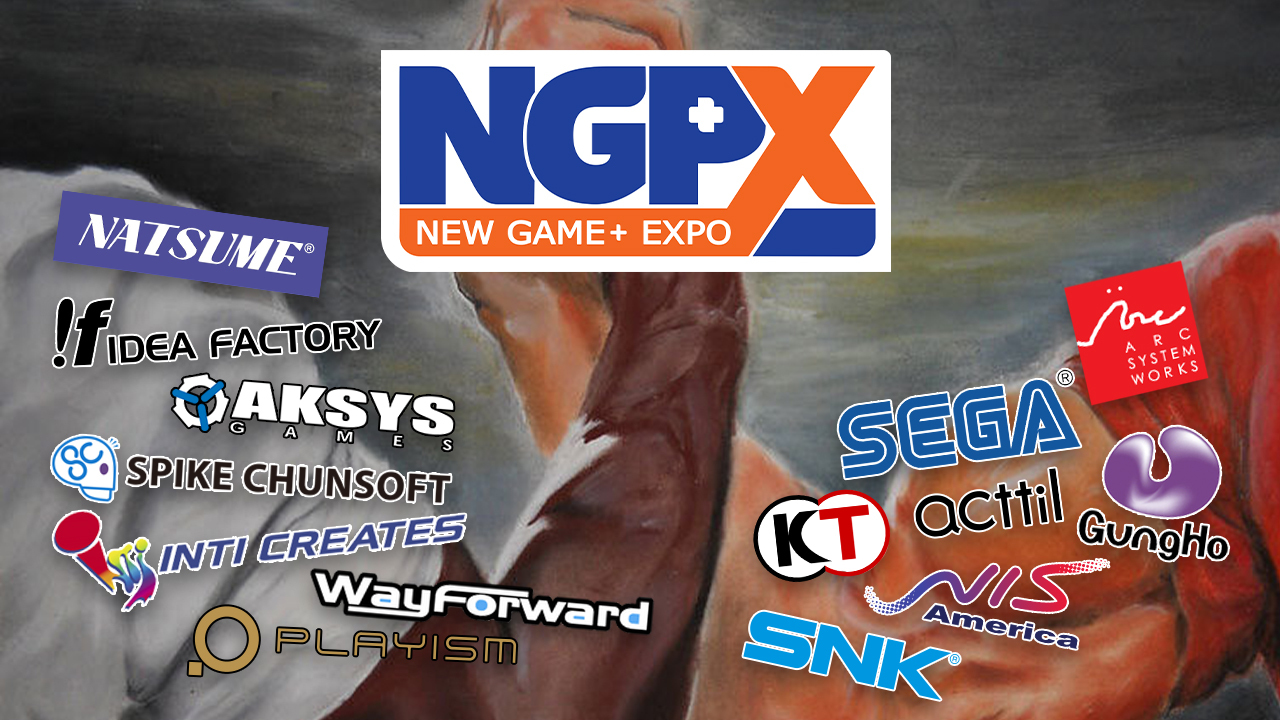 Grasshopper will be there too

With E3 calling in sick for 2020, developers and publishers around the world are scrambling to find ways to get the word out about their upcoming games. Some, like Ubisoft, are prepping their own individual events. Others, like Nintendo, seem to be content just drip-feeding announcements to fans.

Those strategies are fine, but there’s something to be said about having a great big show that brings together some of the finest developers and publishers from around the world. That’s why I’m happy Sega, NIS America, Spike Chunsoft, and more have teamed up for New Game+ Expo, or NGPX. Sixteen publishers and developers from Japan and North America will join forces for a day of streaming on Twitch, revealing new games and giving new information on previously announced titles. While the game lineup is currently unknown, the list of companies participating is impressive.

I don’t know which of those logos excites me more. On the one hand, I won’t say no to another dope-as-hell trailer for No More Heroes 3. On the other, the possibility of a new Shin Megami Tensei V trailer, however farfetched, is pretty damn enticing. Plus, I really want to see what Harvest Moon: One World is all about.

NGPX will go live on the front page of Twitch starting at 8:00 am PDT on June 23. The showcase broadcast will run from 9:00 am to 4:00 pm PDT and will include first looks at new titles, trailers, live demos, Q&A, and more. The entire presentation will then be made available on the NGPX YouTube page.