Iconic developer/publisher Sega is approaching its 60th birthday, but the old boy isn’t done just yet. In fact, a mysterious teaser popped up online this week, which seems to be suggesting an exciting reveal is headed our way next week.

The image features the silhouette of a fighter wearing a karategi, which looks suspiciously similar to Sega’s ’90s mascot Segata Sanshiro, albeit having lost a few pounds. A simple message – roughly translated – reads “Six Days Until Birth”, with the “six” heavily stylised. This sets the date of the announcement for March 25.

Given the number in question and the “fighting” nature of the tease, fans are hoping that it is referencing a new release in Sega’s excellent Virtua Fighter series, the last numbered entry of which came out way back in 2006. As much as I’d love this to be true, I’m not really convinced… Perhaps a “Sega Saturn mini”, a console of which Segata was specifically linked in marketing?

We will, of course, keep you informed when Sega is ready to show its hand… er… fist. 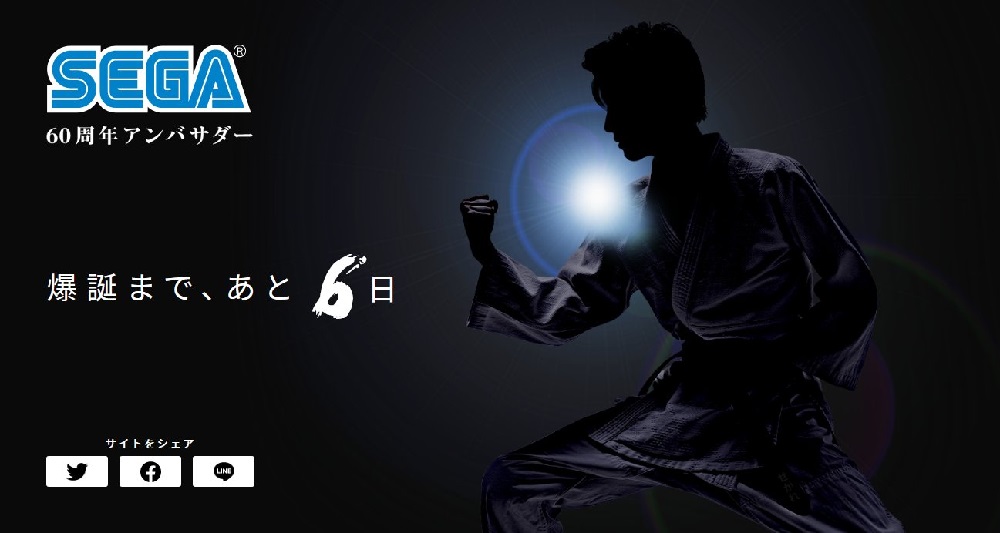