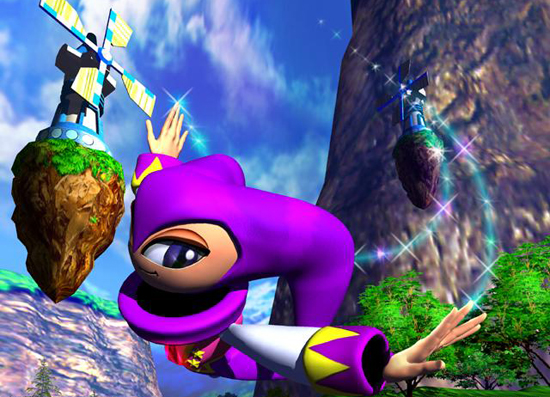 Famitsu has just posted the news that Sega has announced NiGHTS: Into Dreams is getting a PS2 re-release. The Saturn classic will undergo some light graphic improvements and may add a few more new features before its release in Japan (set for February 21st, 2008). Should you be able to read Japanese, I’ve attached the pics of the Famitsu pages for your scrutiny.

All I can say is, if this doesn’t come to the US, I may go to Sega and attempt to kill some people. NiGHTS is one of my favorite games of all time, and even though I’m looking forward to Journey of Dreams for the Wii, the idea of being able to play the original again on my PS2 is a hell of a holiday gift. I’ll be watching this one like a fat dog waiting at the food bowl.