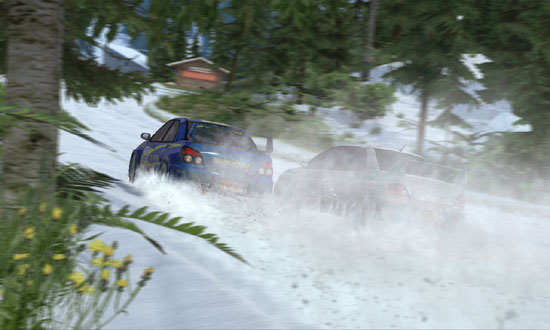 A demo for Sega’s upcoming racer, Sega Rally, is now available on Xbox Live. The single-player demo weighs in at about 692 MB, which is five MB heavier than my favorite WWF wrestler of old, Earthquake.

The demo features two tracks, set in the game’s Canyon and Tropical environments. The Mitsubishi Evo IX FQ3 and the Subaru Impreza STi Spec C type RA are selectable, but there’s no explanation given as to why in the hell we can’t just call things “cars” anymore.

PlayStation 3 owners won’t get left in this dust on this one — word is that a Sega Rally demo will be hitting the PlayStation Network soon. Someone go download this sucker and let us know what you think.