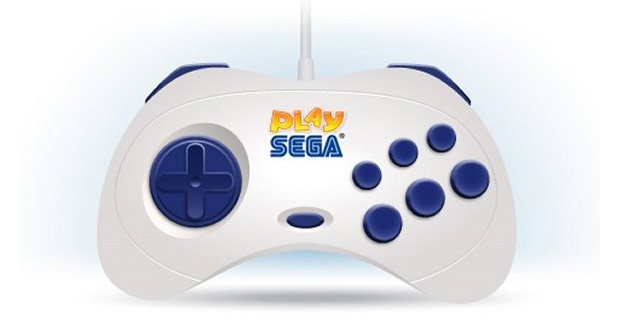 You may not have heard, but Sega’s got this new thing called PlaySEGA, which is a browser-based service that lets you play old Genesis games and such. To both promote and enhance that experience, they’re now offering the thoroughly awesome (color choices and dumb logo aside) USB Saturn pad you see above.

You can try the service, free of charge, for up to 10 days. If you decide you like it and want to sign up for a three-month membership, the $14.95 you pay for that will also net you this worthy USB clone of the greatest controller ever. Of course, you could always just sign up, cancel your subscription after three months, and come away with the badass Japanese Saturn controller for only $15.

No word on whether this thing will work with your PS3 or 360, but I’d guess it probably will on PS3, as the DIY USB Saturn pads have been known to function pretty well. Probably not so much on 360, but hey, it works with a PC. And either way, you’re only out fifteen bucks and you get to sample three months of great online games in the process. Sounds good to me, how about you?