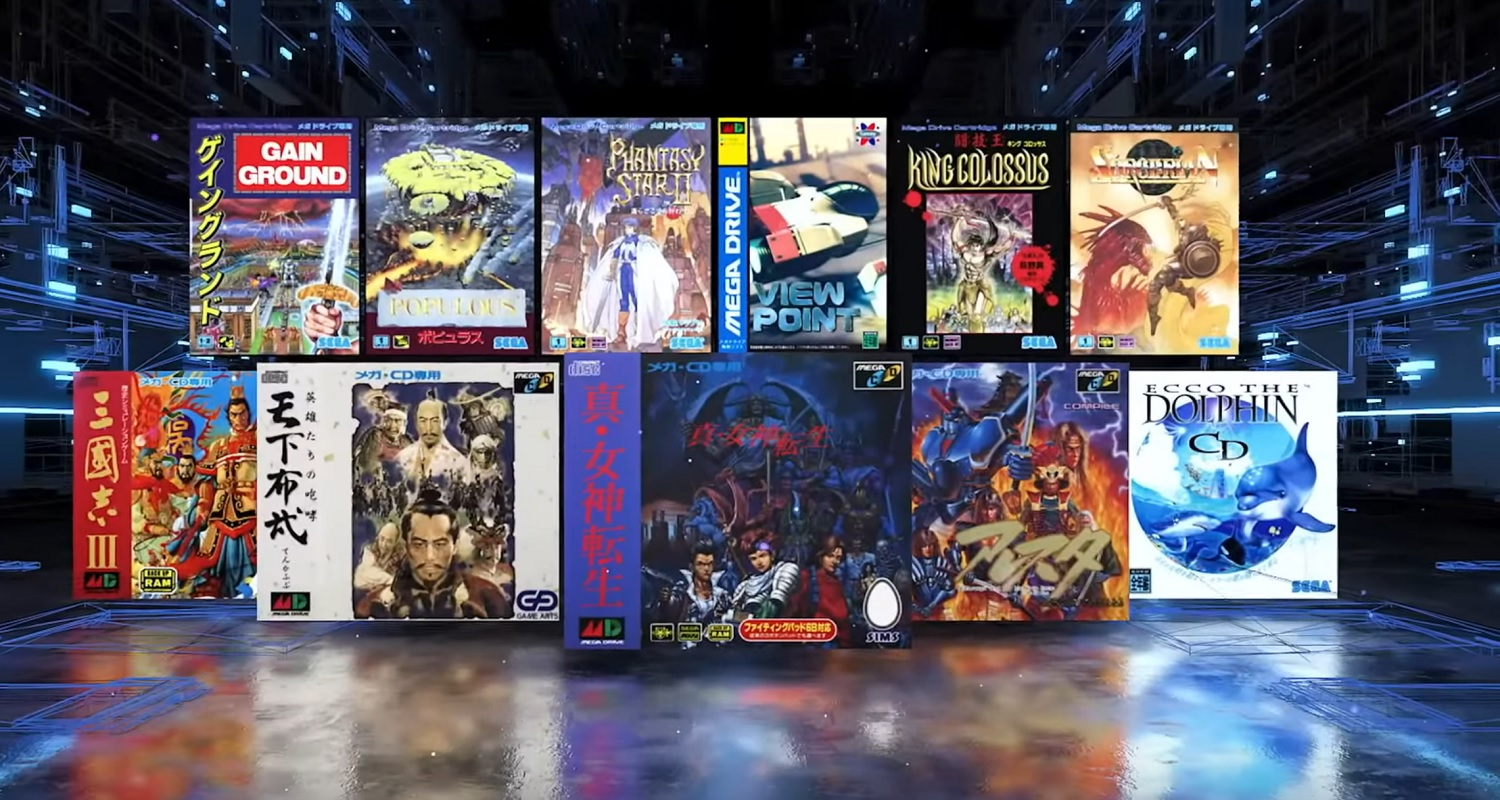 Featured among the new batch of releases are Mega Drive releases Populous, Gain Ground, and the genre-defining RPG Phantasy Star II, as well as the more obscure Japanese adventures Tougi Ou: King Colossus and Socerian. Representing the Sega Mega CD, we have the ecological-themed remaster Ecco the Dolphin CD, medieval shmup Robo Aleste, and the first release in the beloved Shin Megami Tensei series. With titles such as these, the Sega Mega Drive II is shaping up to be a really refined collector’s console.

The full list of revealed titles is as follows.

Sega has already confirmed that the hardware will receive a western release in the form of the Sega Genesis 2, which will be launching day and date alongside the Japanese edition this fall. While we can expect any of the above titles that received an English localization on release to be featured on the western edition of the console, it remains to be seen have the Japan-only titles will be handled.