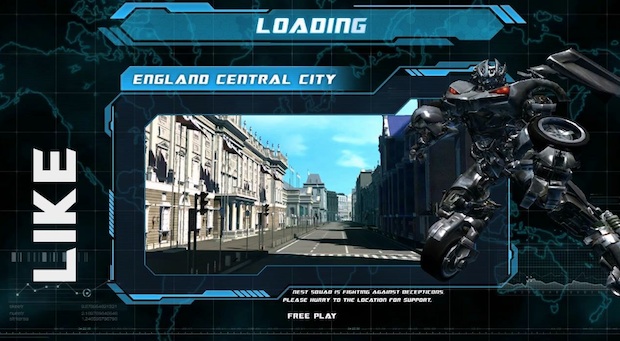 Earlier this year, Sega was caught quietly testing a new Transformers arcade game in China. The robo-cat is out of the bag now, so they’re asking fans on Facebook to vote on which bit of gameplay they’ll show first.

Oh, and it’s a lightgun title. Neat, right? If you haven’t seen it yet, check our video after the jump.

They’ll show either an England or Africa stage of Transformers: Human Alliance based on your FB votes. They’ll tally up your Likes and/or Shares and show a video on their page next week.