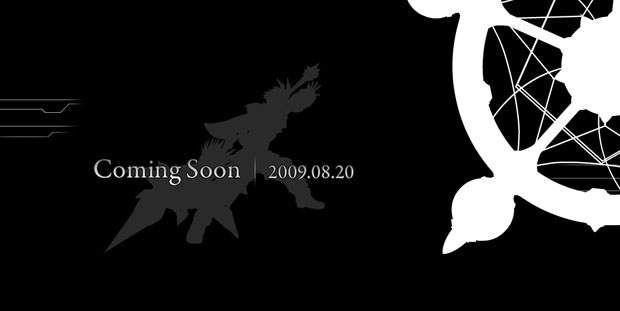 A freshly launched Japanese website with the URL newrpg.sega.jp hints at exactly that, a new Sega role-playing game. Upon visiting, you’ll see the above image…and that’s about it. A date of August 20th is given over the silhouettes of what looks to be one or two characters. On the right, some sort of wheel spins. Maybe it’s a Ferris wheel? Crap County Fair: The RPG?

This is a pretty stupid teaser. It gives us nothing other than “coming soon.” My hopes is that this game is something new new, and not a sequel to one of Sega’s role-playing game franchises. As much as I’d love a Phantasy Star 5 or a sequel to Skies of Arcadia, the rest of 2009 and the beginning of 2010 has plenty of sequels already — let’s do something new.

Do you have any guesses as to what this could be?