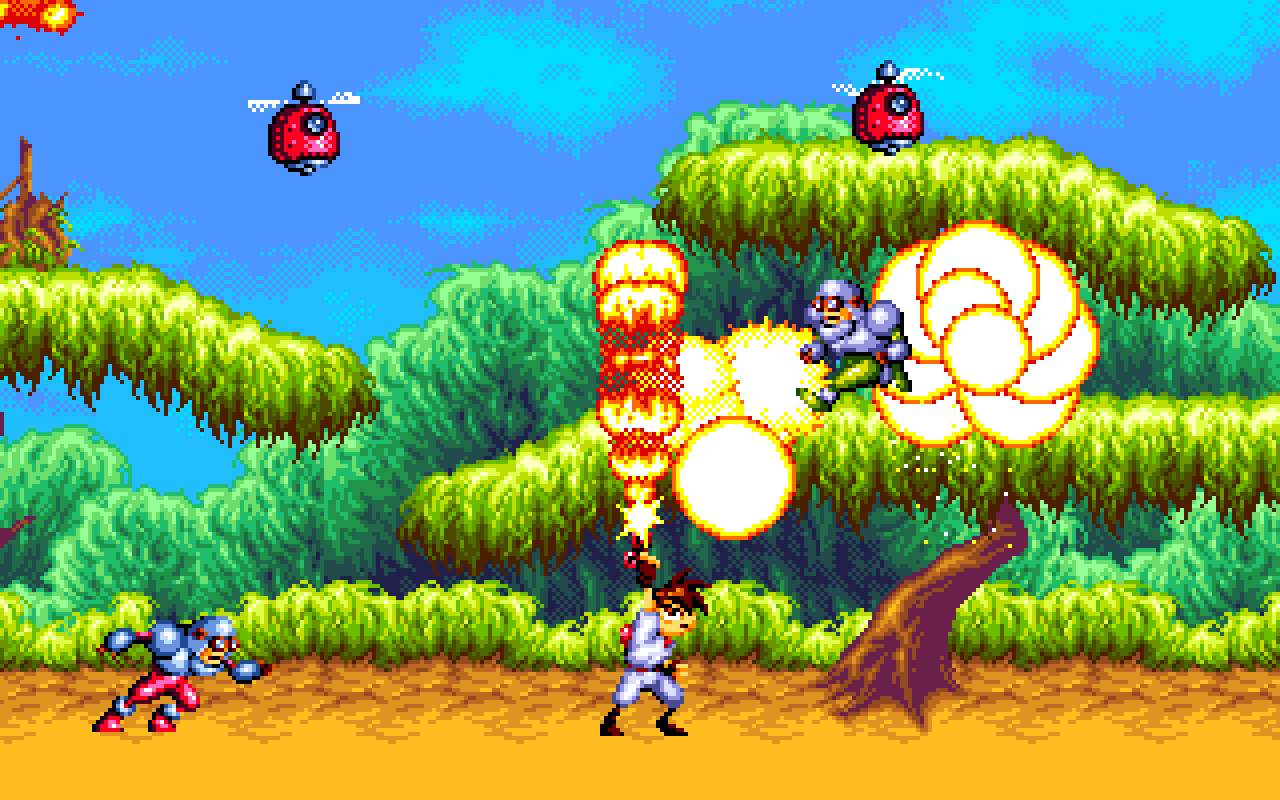 It’s hard to follow that last set of free Sega games (have any of you dug into Binary Domain yet?), but the final group of Make War Not Love 3 titles has at least one great thing going for it: Gunstar Heroes. Treasure’s classic run-and-gun game is joined by the rather decent Renegade Ops and Viking: Battle for Asgard.

You can claim all three on this page by scrolling down and clicking “redeem prize” and submitting your email address. Sega is overloaded with requests at the moment, so you are unlikely to get your code this weekend. It might take up to three days, actually.

There is also a separate gift for Dawn of War II: Retribution players. I know you’re still out there! You can put yourself down to get the Tau Commander for use in the outstanding Last Stand mode, which is something I hope people are still playing in 2016.

Filed under... #Dawn Of War#Freebies#Sega#Warhammer