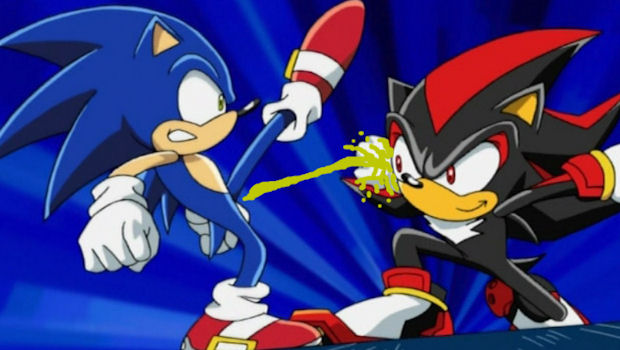 A SEGA marketing ape has loosened his jaw in the latest Game Informer to reveal that “two of three” big Sonic the Hedgehog announcements are coming in the early portions of 2011. SEGA with some Sonic news … what a unique concept!

“We’re looking to improve the quality and focus of a pure Sonic platform gaming experience. We have released Sonic 4 digitally, which has reviewed very well,” says marketing VP Alan Pritchard. “Free Riders was really about being a part of the launch of Kinect. Then, we have Colors, which is our pure Sonic gaming experience. That’s had some high scores. It’s also the highest pre-selling pure Sonic title we’ve ever had.

One of those announcements will surely be Sonic the Hedgehog 4: Episode Two, and I’m guessing that the other major one will be Sonic Anniversary, the rumored collection of remade Sonic levels. That just leaves the annual Wii game, which would more than likely capitalize on the success of Colors.

Looks like I’ve got these announcements all sewn up. Does that mean I’m a games analyst now?