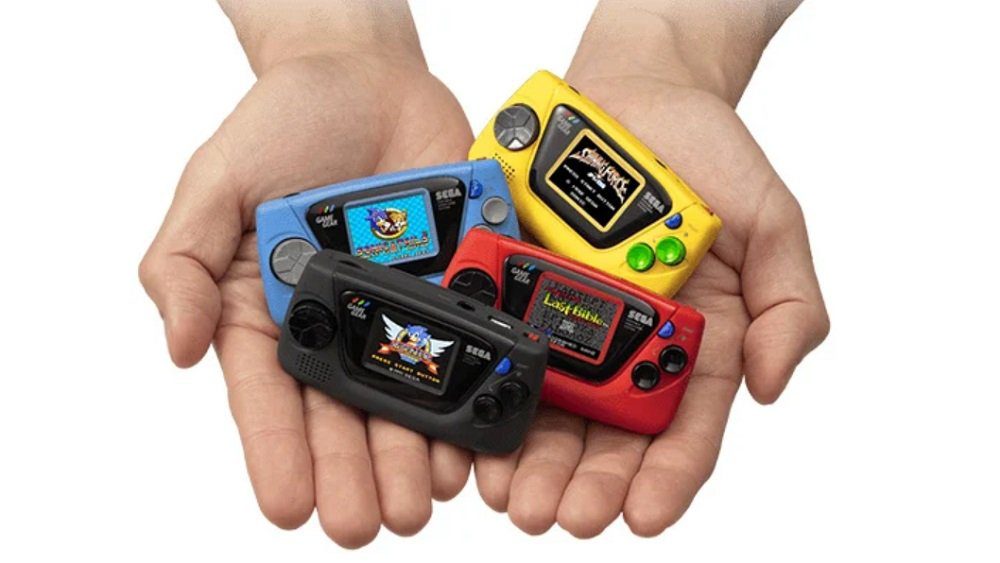 As teased yesterday, Sega has officially revealed the Game Gear Micro, a teeny-tiny version of its famous handheld console, which hit the market way back in 1990. Pre-orders are open now in Japan, where the unit retails for ¥4.980, or roughly $45 USD.

The portable measures just over three inches in length and a little over 1.5 inches in width, with a 1.15-inch display. Powered by USB charge or two AAA batteries, the Game Gear Micro will launch in black, blue, red, and yellow variations. Each variant features four built-in games, with different titles attached to each colour model. Yeah, this is very much “for collectors”.

Sega has also announced that it intends to release a four-pack bundling all four variants, along with a miniaturised version of the classic “Big Window” magnifier, for ¥29,980, or roughly $260. There is yet to be an official announcement that the Game Gear Micro will be released in the west. Just as well, as there’s zero chance my old man eyes could adjust to that screen. Imagine Gunstar Heroes…

The Sega Game Gear Micro is available to pre-order now from Japanese retailers.