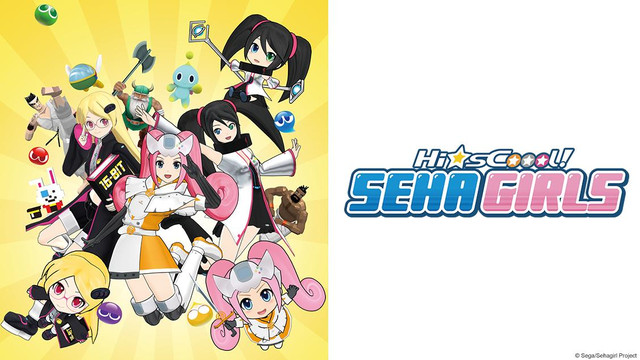 The first episode of the new Sega-themed anime Hi*sCool! SeHa Girls has launched. As a diehard Sega fan, and a gamer that still uses his Sega consoles, I watched this adaptation of a ridiculous light novel weekend and loved it. Of course. If you were, say, a Nintendo kid, or have an unreasonable hate towards goofy/pointless anime, you might should avoid. Otherwise, go check it out. It is currently streaming on Crunchyroll in North America.

How goofy is it? Well, the first day of school, a class of three “Sega Hard Girls” — Dreamcast, Saturn, and Megadrive — meet each other and show off their respective personalities. In the midst of a debate between the girls, Dreamcast tries to connect to the internet with her dialup modem for some fact checking. Yep. Saturn reveals that the dudes of Golden Axe aren’t her type. And then, following the obligatory magical transformation, they all literally jump into a game of Virtua Fighter to fawn over Akira and maybe even fight each other.

Yeah, it’s dumb. But the inside jokes and fan service are worth it for any Sega fan.