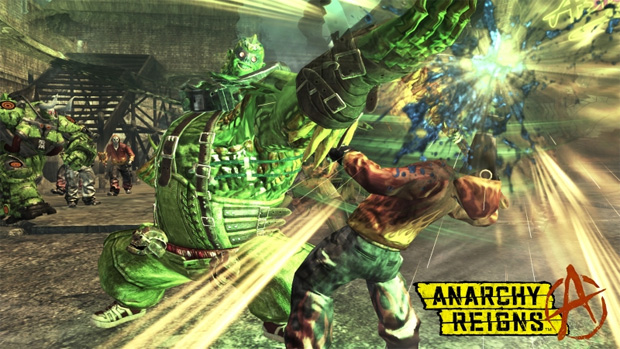 Would-be fans of Anarchy Reigns have had to put up with their fair share of ups and downs as the specifics regarding the game’s release outside of Japan have been fuzzy. There’s been the option to import, sure, but the cost of doing so largely hasn’t seemed worth it.

Finally, we have the real release dates from Sega. (Hopefully!) The ridiculous-looking brawler from Platinum Games will first be out in North America on January 8, followed by Europe on January 11. The price points are smartly set at $29.99 and £19.99/€29.99, respectively.

“Very few games fall under its genre of a melee-based online multiplayer brawler, so I think we’ve been able to supply a new kind of excitement that you can’t find anywhere else,” says Platinum executive director/producer Atsushi Inaba. We’ll see how many people are buying the kind of insanity that Anarchy Reigns is selling.