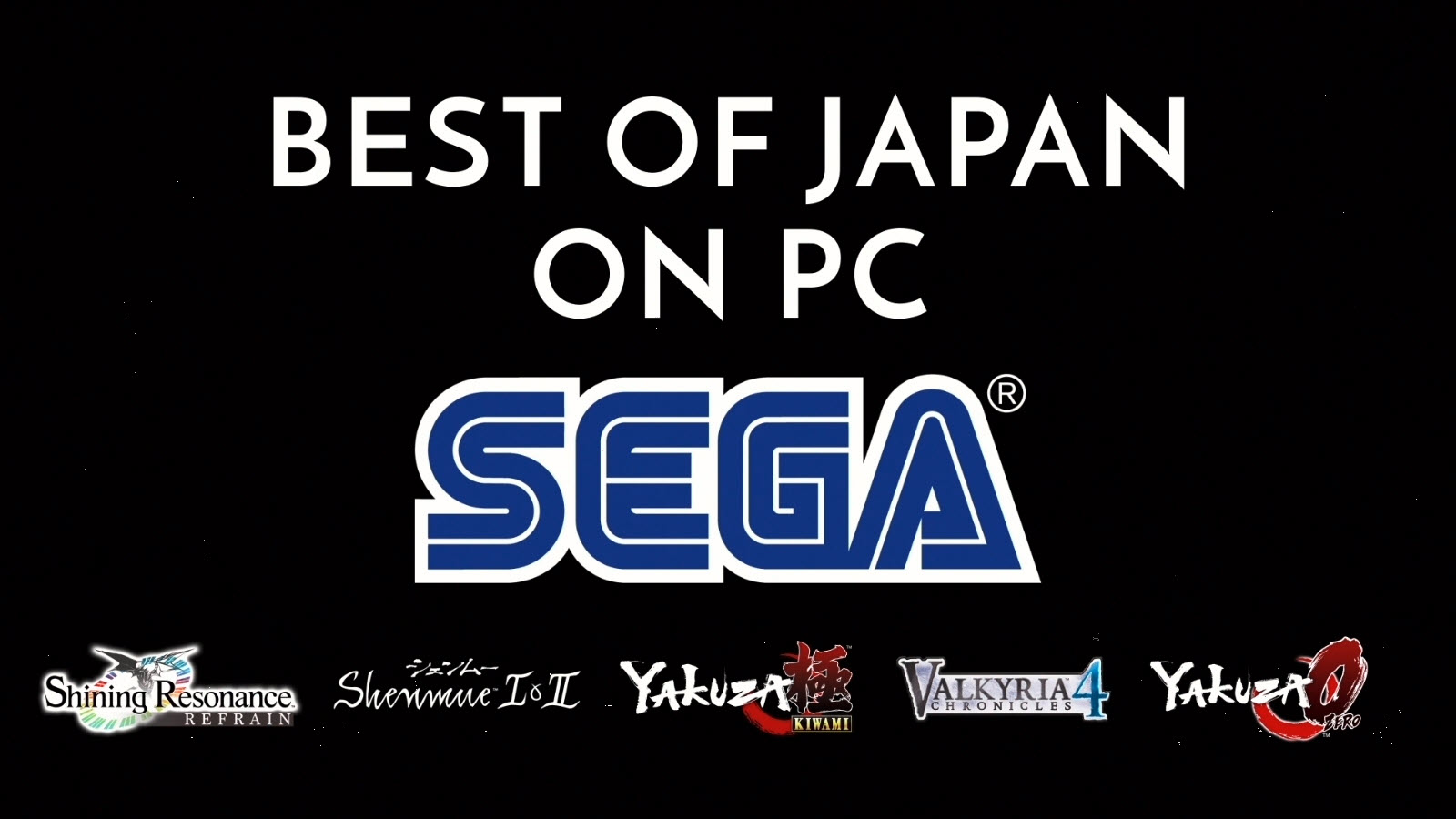 Here’s a reel of stuff

Sega popped into the PC Gaming Show to tell us about all of the stuff that’s coming to PC, and it’s quite a bit.

Shining Resonance Refrain, Shenmue I+2, Yakuza Kiwami, Valkyrie Chronicles 4, and Yakuza Zero are confirmed. Wait, what, Yakuza? Sega has stopped talking the talk and put their dev money where their mouth is, and will officially support the series on PC.

Check out the full lineup in the gallery below! You can find Kiwami here and Zero here.