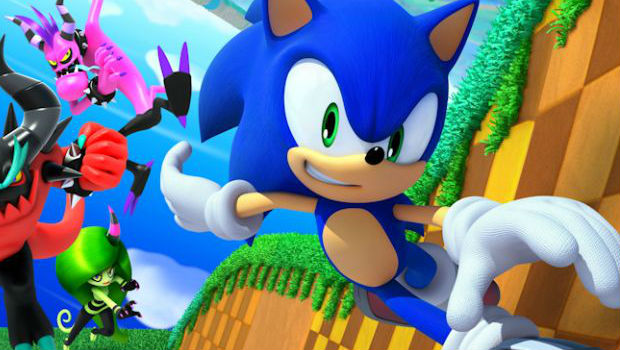 It was already a surprise when Yoshi’s Island DLC dropped for Sega’s Sonic Lost World, but Nintendo president Satoru Iwata noted that there was one more add-on in store for fans, giving the strongly hinted “link” as a keyword.

As expected, that “link” is actually The Legend of Zelda‘s Link, and Sega has officially revealed the “Legend of Zelda Zone” for Lost World. Link himself will make cameos, and Sonic is decked out in green garb. Instead of the 2D oriented Yoshi level this one will be an open field, and it’ll even include a dungeon.

The zone will also draw influences from Twilight Princess, Ocarina of Time, and other games. Just like Yoshi, the DLC will be free, and it’ll arrive on March 27th. Expect impressions once it hits!