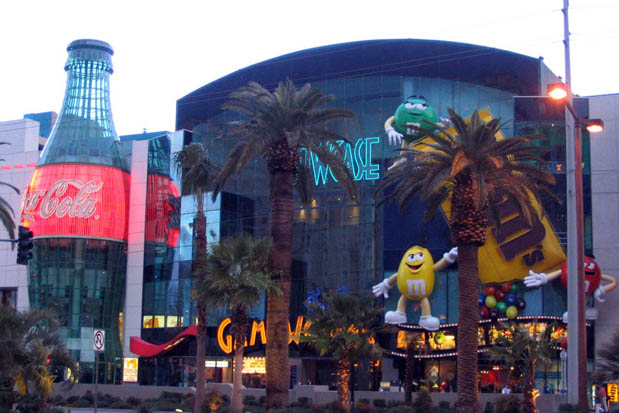 I don’t love GameWorks, but I also don’t like to hear that any arcades are closing. It’s happening though. Seven of their 15 locations will be shutting their doors, including installations in Minneapolis, Long Beach, Columbus, Detroit, Indianapolis, Miami and Tampa.

This was part of a restructuring that Sega CEO Corey Haynes called a “tough financial decision.” It sounds like the whole idea behind the arcade chain was tough. Get this: In the original launch plan back in 1997, each GameWorks was to cost $10 million or more, and 150 locations were planned. The original launch didn’t do very well, and partners Universal and DreamWorks sold their parts to Sega.

Where can I go to get crap hamburgers and greasy joysticks now?

Selfishly, I hope the ones in Seattle and Las Vegas (shown above) stay open, as I seem to use those more often. The Seattle one thrives during PAX, and the Vegas one is great to get out of the sun and shake off a hangover.