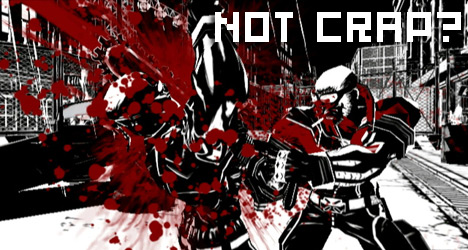 We didn’t notice it, but Sega of America CEO Simon Jeffrey seems to think there’s a few lousy games on the Wii. In a recent interview with VentureBeat, Jeffrey actually uses the words “flood of crap” when talking about the Wii line-up.

“There is a lot of crap coming out for the Wii in general,” he says. “But if it’s not a good game, it doesn’t sell. That flood of crap will die down as publishers become more coherent. The Wii is a great opportunity for hitting hardcore gamers. No one is doing that.”

Jeffrey references the PlatinumGames-developed Madworld in reference to what Sega are doing to bring more “mature” software to the Wii. Time will tell whether or not the Wii market is really ready for such a title; one thing’s for sure, though — it’s on our “do want” list.

But we have to ask: When some publisher’s biggest selling titles could be considered part of this cheap-to-develop “flood of crap” (we’re looking at you, Carnival Games), how willing will they be to continue pumping money into other types of titles?