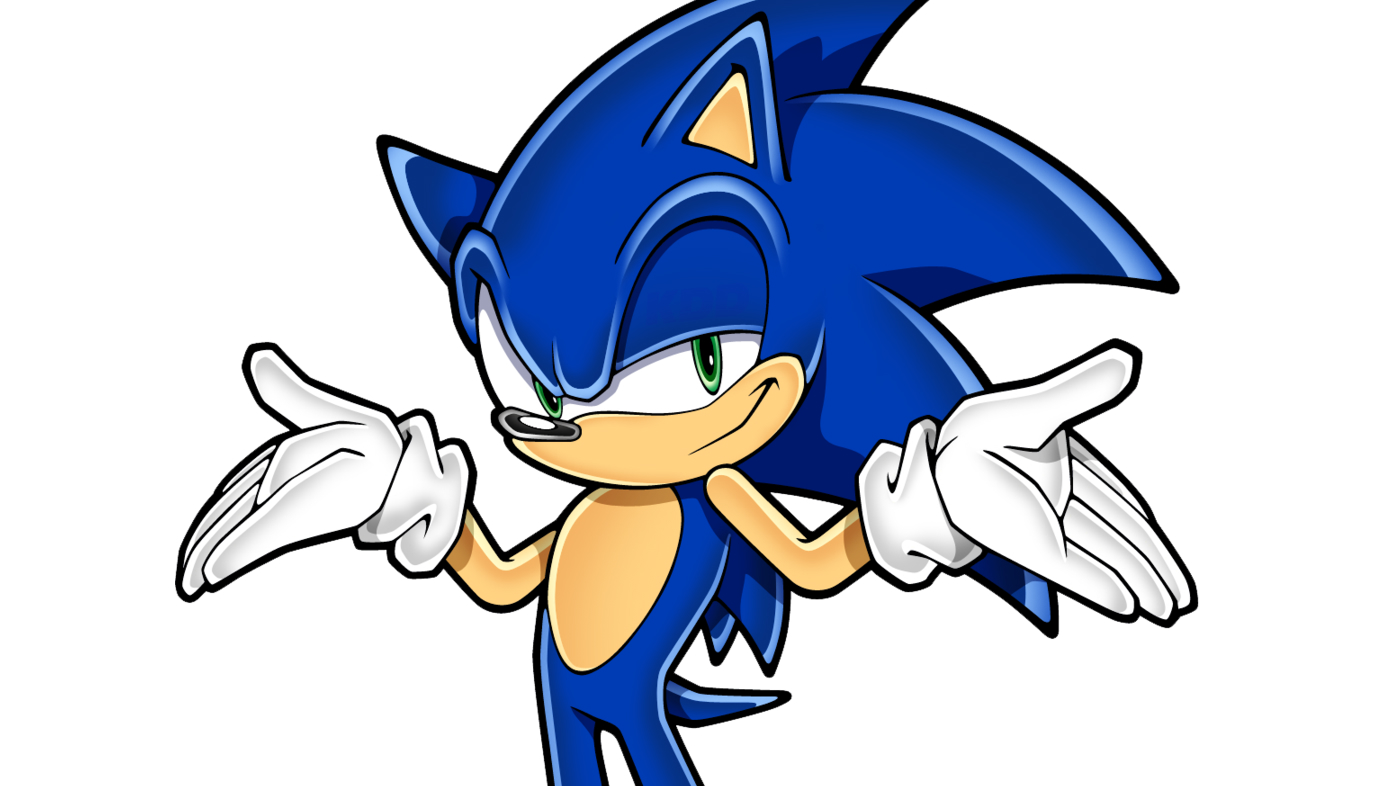 Typo of the Year

Someone at Sega made a helluva typo, accidentally naming a character in Sonic Runners‘ seasonal Halloween stage “Boob” instead of “Boo,” which prompted this apology:

“In the current ‘Halloween Special Stage’ event, the character ‘Boo’ has been incorrectly named ‘Boob,'” reads a notification from the free-to-play auto-run platformer. “We are currently working on a fix for this error and hope to have one implemented shortly. The Sonic Runners team apologizes for any inconvenience caused and hopes to see you again soon in the world of Sonic Runners!”

It’s okay, Sega. I forgive you. This little mishap was more fun than playing the game, anyway. 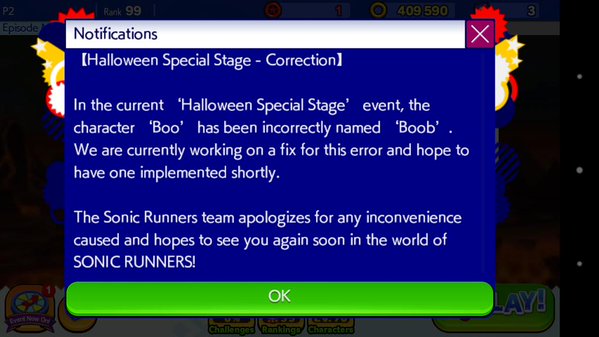