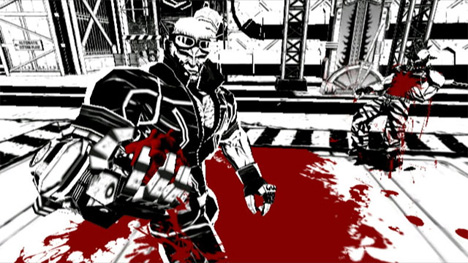 E3 08 is so close, yet so far away. I don’t know about the rest of you, but I am having an incredibly tough time sitting still from all the excitement and anticipation, and I’m not even at E3.

To help pass the time, why not check out Sega’s official E3 2008 game lineup? They’ve actually got a whole lot more going for them than just Sonic Unleashed. Take a look:

Personally, I’m most looking forward to seeing more on MadWorld, Samba De Amigo, and Empire: Total War during these next few days. What are you guys looking forward to? Hit the jump for the full press release.

SAN FRANCISCO & LONDON – July 14, 2008 – SEGA(R) of America, Inc. and
SEGA(R) Europe Ltd. today announced a luminous lineup of video games
to be presented at E3 2008. SEGA will debut numerous franchises across
six platforms, including legendary icons and dazzling new stars, as
the company continues to grow and develop both original and
high-profile, licensed properties. Show attendees will witness
innovative new technology and stellar gameplay on the PLAYSTATION(R)3
computer entertainment system, the Xbox 360(R) video game and
entertainment system from Microsoft, the Wii(tm) system from Nintendo,
PC and Games for Windows – Live, the Nintendo DS(tm), as well as the
PlayStation(R)2 computer entertainment system. SEGA will showcase the
new titles at the Los Angeles Convention Center, Booth #107, as well
as host invited guests behind closed doors at a separate meeting
location.

“Our E3 lineup showcases a range of top-flight franchises that will
resonate with diverse audiences of gamers around the world,” said Sean
Ratcliffe, vice president of marketing, SEGA of America.  “We’re a top
publisher on Wii, we’re leading the industry on iPhone, and we’re
delivering unexpected titles like madworld while refreshing family
favorites like Samba de Amigo and Sonic.  This is a great year for
SEGA.”

SEGA’s lineup of interactive entertainment stars featured at E3 will
include the following titles:

In development at the newly established Platinum Games, MADWORLD is
establishing new gameplay turf on the Wii. A mysterious terrorist
group called “The Organizers” is holding Varrigan City hostage, and
the entire island is forced into a lethal game of survival known as
“Death Watch.” Playing as Jack, players enter “Death Watch” and battle
opponents for the most creative kill. Winners receive a vast reward,
losers get death. MADWORLD delivers a unique mature gaming experience
never-before-seen on the Wii system.

Sonic and his friends band together to defeat a menacing new enemy in
a distinctly new game that includes combat, skill, collectibles and
puzzles, exclusively on the Nintendo DS(tm). For Sonic’s premier debut
in the RPG genre, leading RPG developer, BioWare (Mass Effect, Star
Wars: Knights of the Old Republic) has created a slick blend of
strategy and speed with fast-paced battles, character and party
customization, and the ability to collect and trade items. Players
will need to keep their wits about them at all times, as they will
never know what will get them through the next challenge. With an
engaging storyline, lightning fast attacks, high production values and
impeccable visuals, Sonic Chronicles: The Dark Brotherhood(tm) allows
gamers to experience Sonic in a whole new way.

Sonic the Hedgehog is on an adventure unlike any other! When Dr.
Eggman awakens a slumbering beast unleashing it from the center of the
Earth, there is a devastating tremor that splinters the world into
many continents. Sonic must race to restore the planet in chaos, but
an unusual situation challenges him in never-before-seen ways. Both
day and night play different, yet important, roles in Sonic’s newest
quest… as the sun sets, an intriguing adventure awakens!

In the world of espionage, nothing is as it seems in Obsidian
Entertainment’s blockbuster modern day RPG thriller, Alpha Protocol.
Players assume the role of Michael Thorton, a government operative
trained by the United States to eliminate threats to national
security. Players determine the fate of the world by what route
Michael takes, whether upholding professionalism and duty, going rogue
and crushing anything in his path, or taking the role of a cocky
smartass, willing to provoke and taunt even the most dangerous
opponents until they break and lose their cool – and their advantage.
Michael is on his own and it is his personality and his actions that
will shape the future of the world, for good or for ill. But one thing
above all is clear – as hostilities between nations escalate and chaos
reigns, Michael is the only one capable of saving the world from those
who plan to control and destroy it. To do so, he needs to utilize the
very weapon they seek to use to against him – Alpha Protocol.

The Samba-inspired rhythm music game made popular in arcades and on
the Dreamcast(tm) is shaking its way exclusively onto the Wii! Players
will grab their friends and shake the Wii controllers like maracas to
the beat in a variety of crazy environments full of zany characters.
With a lively Samba-infused soundtrack packed with over 40 songs and
additional downloadable tunes – Samba De Amigo is perfect for gamers
of all ages.

Bayonetta is a cinematic and stylish action game from the creative
mind of famed Japanese video game developer Hideki Kamiya. As a
gun-wielding witch with powers beyond the comprehension of mere
mortals, Bayonetta faces off against countless enemies in a game of
pure, all-out action. Outlandish finishing moves are performed with
acrobatic grace as Bayonetta flows from one fight to another.
Bayonetta pushes the limits of the action genre with magnificent,
over-the-top action and fast-paced, dynamic climactic combat.

Ichigo and friends are back in BLEACH: Dark Souls(tm) on the Nintendo
DS(tm). BLEACH: Dark Souls brings an exclusive storyline (in-game
events take place between seasons one and two of the highly popular
animated series that airs on Adult Swim), expanded cast of playable
characters and fast multi-plane fighting action for up to four players
via Nintendo(R) Wi-Fi Connection. Players will also build a
power-packed Spirit Card Deck enhanced by power crystals that will
allow them to dish out moves that will directly affect their
opponent’s gameplay. With a burgeoning cast of 44 characters,
including the ability to play as Hollows, players can spend hours
experiencing furious sword fighting action and unlocking personal
character stories all based on the series’ story arc.

Based on the animated hit currently airing on the CW 4Kids network,
Dinosaur King(tm) on the Nintendo DS(tm) portable handheld system
brings exciting new twists to the traditional role playing game genre
with 3D battling systems and multiplayer fighting action via Wi-Fi.
Playing as Max or Rex, otherwise known as the D-Team, players will
collect over 100 dinosaurs, each with its own special moves totaling
over 240 in all. Traveling to five different territories around the
globe, players will dig for fossils that are indigenous to that
region. Once the player has collected their dinosaurs, exciting
battles can take place to stop the nefarious Dr. Z and the Alpha Gang
bent on hunting down the dinosaurs and using their awesome powers to
take over the world.

Control the sea, command great armies, forge a new nation and conquer
the globe. Empire: Total War takes the Total War franchise to the 18th
Century and the Age of Imperialism – a time of unprecedented
technological advancement and perpetual war. This latest installation
in the award-winning, multi-million unit selling Total War franchise
introduces a host of revolutionary new features, including true 3D
naval combat. For the first time ever, Empire: Total War will feature
an additional story-driven campaign portraying the birth of America.
This “Road to Independence” mode provides a revolutionary level of
accessibility for the Total War series. Empire: Total War lets players
experience combat on the high seas, the riches of India, the
turbulence of Europe, and for the first time, the untapped potential
of North America.

A SEGA classic arcade game is reborn! As Tyris Flare,
half-Gladiator/half-Barbarian, players will charge across ravaged
lands atop colossal beasts seeking vengeance against Death Adder and
his armies of evil. Wielding fierce swords, fire-infused magic and the
fearsome powers of brutal beasts, players will vanquish Death Adder’s
countless minions and prepare to face the ultimate battle against the
evildoer responsible for wiping out Tyris’ entire tribe.

An innovative real time strategy title, Stormrise(tm) marks The
Creative Assembly’s first foray into developing a console RTS title
from the ground up.  Set on a bleak and barren Earth, devastated by a
catastrophic event centuries ago, Stormrise sees the Echelon and the
Sai battling to survive in a hostile and uninhabitable wasteland.  An
innovative control system tailored specifically for consoles, will
allow easy and effective unit selection, rapid navigation and precise
deployment.  Players will also play for the first time in a fully
realized 3D environment.

Space Siege is the next action-rpg title from Gas Powered Games, the
developers that created Dungeon(R) Siege and Supreme(R) Commander.
After a massive alien attack on Earth, the last remnants of humanity
flee aboard the Armstrong colonization ship. As Seth Walker, robotics
specialist, players will battle the alien scourge that has invaded the
Armstrong by augmenting Seth’s body with cybernetic upgrades. The
moral cost of each additional mechanical improvement takes the player
further from what they are trying so hard to protect…humanity
itself.

Utilizing a proprietary engine technology called the “Canvas Engine”,
SEGA Studios Japan has created this artfully expressed epic RPG set in
a fictitious 1930s Europe. Players assume the role of Welkin, a heroic
commander who leads his small platoon of willing soldiers against two
neighboring enemy nations on the brink of war. As Welkin’s small
country is engulfed in battle, the “Valkyria,” an ancient race with
destructive powers, emerges in one of the invading factions. Faced
with this new threat, Welkin and his troops gather their courage to
fight as never before for their freedom and a better future.

Yakuza 2 plunges players once more into the violent Japanese
underworld. As the heroic Kazuma Kiryu from the original Yakuza,
players will explore Tokyo and the city of Osaka, while engaging in
intense, brutal clashes with rival gangs, the police and the Korean
mafia. Players will wander through the back alleys of Japan’s
underworld while trying to prevent an all-out gang war in over 16
complex, cinematic chapters written by Hase Seishu, the famous
Japanese author who also wrote the first Yakuza. Endless conflict and
surprise plot twists will immerse the player in a dark shadowy world
where only the strongest will survive.