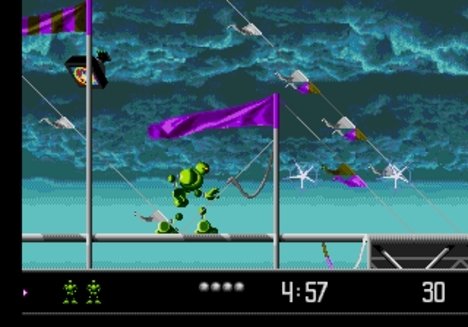 SEGA and Nintendo Wii fans, sit down for this one. Well, sit down if you get easily excitable about playing classic SEGA games again. Here’s what the big S has planned for the Virtual Console:

SEGA of America, Inc. and SEGA Europe Ltd. today announced four titles from the SEGA Genesis library, Sword of Vermilion, Vectorman, Sonic Spinball, and Beyond Oasis will soon be available for download on the Wii Shop Channel. Prices start at 800 Wii Points for SEGA Genesis titles.

Full press release with details after the jump. 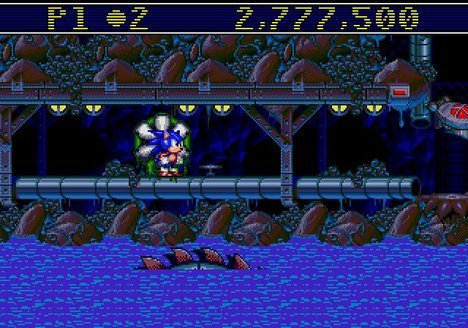 The Four SEGA Genesis Classics Will Soon Be Available for

SAN FRANCISCO (February 22, 2007) – SEGA® of America, Inc. and SEGA Europe Ltd. today announced four titles from the SEGA Genesis™ library, Sword of Vermilion, Vectorman, Sonic Spinball, and Beyond Oasis will soon be available for download on the Wii™ Shop Channel. Prices start at 800 Wii™ Points for SEGA Genesis titles. Wii Points can be purchased online or at select retailers at an MSRP of $20 for 2,000 points.

“The Wii Shop Channel is a great avenue for gamers who want instant access to classic SEGA Genesis titles,” said Scott A. Steinberg, Vice President of Marketing, SEGA of America. “Legendary titles such as Sword of Vermilion, Vectorman, Sonic Spinball and Beyond Oasis are a perfect fit for this platform.”

Sword of Vermilion – When the evil wizard-king, Tsarkon, invaded Excalabria, King Erik V had no choice but to turn his infant son over to his most trusted warrior, Blade. As his castle burned, King Erik hurriedly gave Blade an ancient family heirloom, the Ring of Wisdom, and asked him to leave at once in the hopes that the young heir to the throne would survive. Blade raised Erik VI as his own, knowing one day the prince would fulfill the prophecy of the Malaga fortune tellers. Now, eighteen years later, Erik VI returns to Excalabria to avenge his father’s death and reclaim the kingdom.

Vectorman – In the year 2049, mankind is forced to abandon an over-polluted Earth to seek out other planets for colonization while the mechanized Orbots stay behind to clean up the mess. When the Orbot leader, WarHead, starts blowing a few circuits and a war among the mechanical brethren, a sludge barge pilot named Vectorman is the only one willing to step up and fight him. You’ll morph into a speeding train, a power drill, a mechanical fish, or a mighty dune buggy in this warfare adventure. Equip yourself with weapons, pick up morphs and power-ups to defeat WarHead and restore peace on Earth.

Sonic Spinball – With his Veg-O-Fortress built high up on an active volcano, Dr. Eggman is turning all the cute, furry creatures of Planet Mobius into robot slaves! Sonic and Tails rush to save the animals and quickly discover the only way to stop the mechanizing madness is to trigger a volcanic eruption. Sonic knows this can be done by removing the Chaos Emeralds that keep the volcano stable. However, Dr. Eggman is also aware of the fragile relationship that exists between the Emeralds and the mountain, and he’s set up an elaborate Pinball Defense System to make sure the precious jewels don’t go anywhere.

Beyond Oasis – You are the young Prince Ali in a desperate fight to defeat the evil that is threatening your island empire, Oasis. Long ago, a war raged between a wicked sorcerer who used a silver “armlet” to unleash destruction on the island and a wizard who defied him with a gold armlet that could summon four powerful spirits. Both armlets had been lost until recently when someone unearthed the silver band and began using it for their evil gain. Just when you think all is lost, you discover the precious gold armlet and finally have the power to combat the wearer of the silver band…but can you stop them in time?