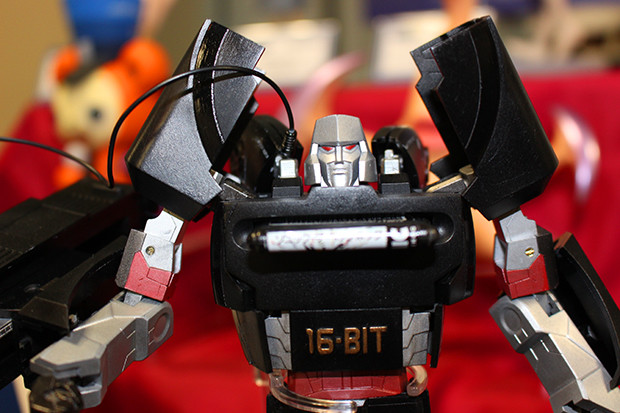 I wish they would have made the Genesis a Constructicon

Toymaker Takara Tomy has produced Transformers based on the rivalry between the Genesis and the PlayStation during the early part of the fifth generation of consoles.

The PlayStation is represented by Optimus Prime, while the Genesis transforms into Megatron. Both figures were on display earlier this month at the Summer Hobby Maker Joint Products Exhibition in Akihabara, Tokyo, Japan.

I personally think they missed out by not making 32x and Sega CD Transformers as well in a unique spin on Devastator.

Both figures will be released this fall in Japan for around $100 each.