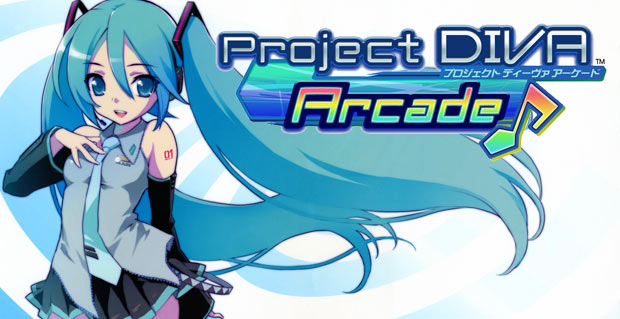 Sega announced today that they will soon be bringing the Vocaloid-themed PSP rhythm game Project Diva to arcades. Not only that, but between October 15th and Halloween, they’ll be accepting fan-contributed songs for inclusion in its soundtrack.

Songs can be entered for consideration via the game’s new channel on Nico Nico Douga, and both pro and amatuer Vocaloid Masters are welcome to try out. The tracks must be all-original material, obviously, and should run between 2:30 and 3:30 in length. Winning songs will be announced on the Nico Nico page November 16th, and their creators will be showered with Hatsune Miku swag as a reward. They’ll also get to hear their track included in the game’s location in January, and probably in the final game as well.

Little is known about the arcade version at this point, partiularly about its control scheme and interface. If you’ve got a Nico Nico account, you can check out a teaser clip of the game. It doesn’t show much aside from the new character models, but they themselves look great, and the clip is set to Ryo/Supercell’s Meruto, which is always nice to hear. Equally as nice is hearing the classic “Sayyy-Guh” Sega intro as spoken by Miku herself. We’ll bring you more info on this title as it becomes available.