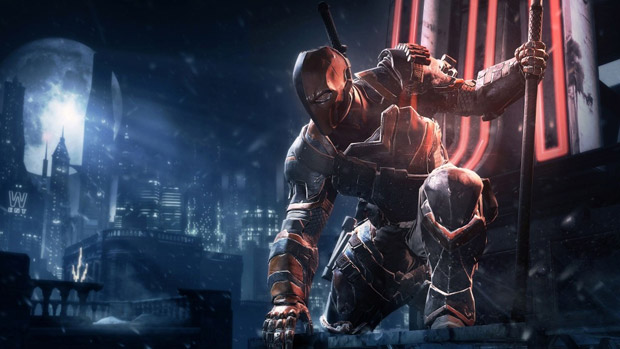 An overview of the Deathstroke Challenge Pack

There’s a survival mode in Batman: Arkham Origins where you take on 100 foes. I tried it back at E3 and got my ass handed to me. Granted, I was rusty — it’d been quite a while since I last touched an Arkham game which meant a lot of fumbling about. Just imagine pulling off a single combo chain throughout the entire fight. I did. Oh, I did. (Imagine, that is.)

There’s a short look at the 100-to-1 mode in this trailer for the Deathstroke Challenge Pack, which is a thing you can get by pre-ordering Origins for PC, Xbox 360, Wii U, or PlayStation 3. It includes access to the titular character, two exclusive challenge maps, and three character skins. Personally, I think I’ll be sticking with the Caped Crusader.