‘Assuming the fighter escapes, he will go on to explore the dungeon…’

“We believe these expansion disks should be priced at around $4.95 with the hope that they would be placed near cash registers as point-of-purchase items. Players would buy these packs as an afterthought, or maybe in an attempt to collect them all. A ‘collector’-type art card, representing the rare item in a pack, could enhance this sense of collectability.”

It’s interesting to go back now, decades later, and peek through the pitch for an iconic game like Diablo.

Last week at the Game Developers Conference, Condor (later Blizzard North) co-founder David Brevik spoke about his experience working on the title, and for those of us who weren’t in attendance, he has since shared an extra treat: the document used to shop around Diablo. It even has stains!

I’m particularly fascinated by the marketing strategy, which is what that first excerpt comes from, but it’s also neat to hear the developers describe their initial turn-based game design. And it’s worth calling special attention to this estimated 12-month development schedule: 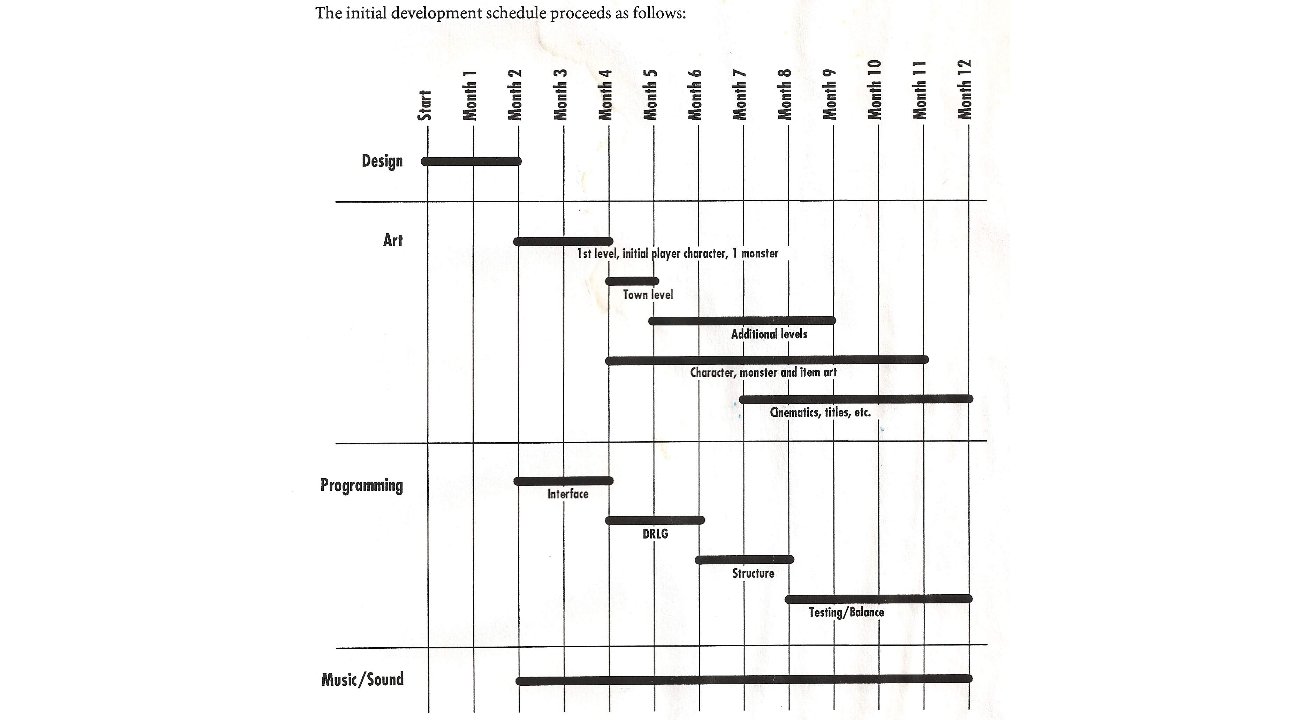 According to Brevik, the document “slightly differs from the pitch we gave to Blizzard. We gave an extended pitch during our meeting in January.”

This wasn’t the only fun piece of Diablo history to come out of GDC, either. During Brevik’s post-mortem talk, someone in the audience used the Q&A portion as a chance to apologize for pirating the game in 1997 and literally paid for it all these years later. Never too late to make amends.