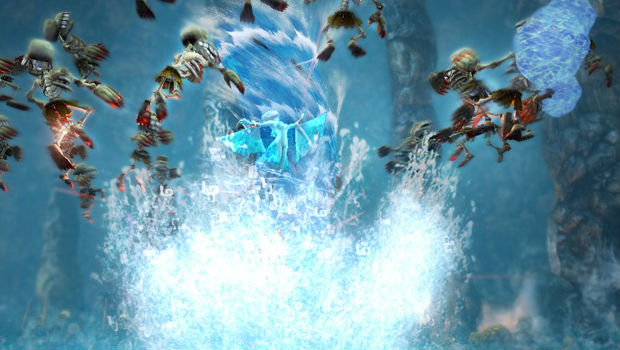 This newest batch of Hyrule Warriors screenshots is pretty insane, and shows off the newly announced Sheik, Darunia, and Princess Ruto characters in all their glory. Darunia seems to have a giant hammer, most likely pinning him as a slow but powerful playtype.

Princess Ruto looks like a magic wielder, dealing heavy amounts of water damage that has a wide area-of-effect. You’ll also see plenty of Ocarina of Time fanservice, including zones and characters.

I generally don’t get too excited for things before I play the finished product, but for Zelda fans, this is looking more and more “must play” every week.