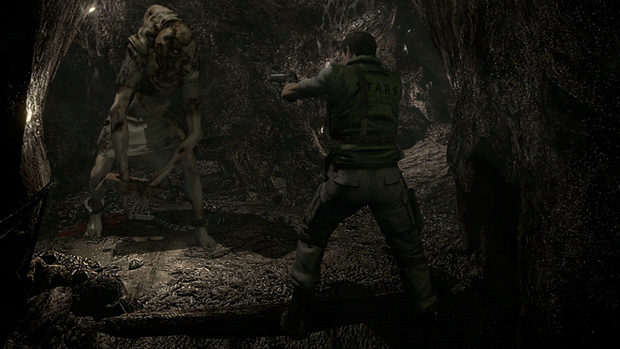 Capcom has uploaded new screenshots from its high-definition Resident Evil remaster for PC, PS3, PS4, Xbox 360, and Xbox One. There’s a greater range of scenes and mutated enemies in this batch, including a Crimson Head, Lisa Trevor, Yawn, and those damned sharks.

I am so down for this having played, oh, half an hour of the 2002 GameCube remake at a friend’s house. He was a survival horror fanatic and I just watched him play, most of the time. That was a good arrangement.