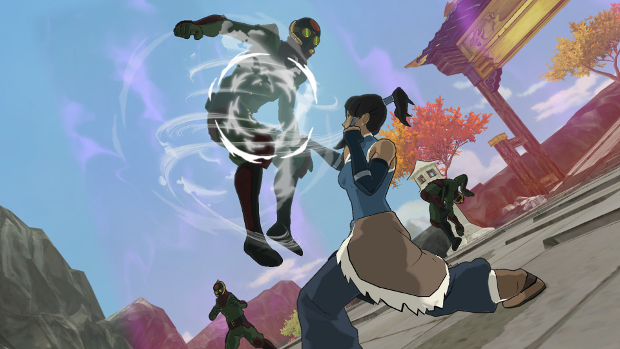 Is Pro-Bending a sport?

We’re in a great point in technology that 2D properties can be faithfully represented in 3D instead of looking weird and uncanny. Platinum’s Legend of Korra game looks pretty neat, even to someone who hasn’t watched the show.

The batch of screens below focus on Pro-Bending. “In Pro-Bending, two teams of three players each use the elemental forces of nature to seize territory and push one another off a floating battlefield.

“Pro-Bending will be playable within The Legend of Korra’s main storyline, which takes place between Books 2 and 3 of the TV program, alongside its core third-person fighting experience. It will also be available in a separate mode unlocked after completing Story Mode for the first time.”