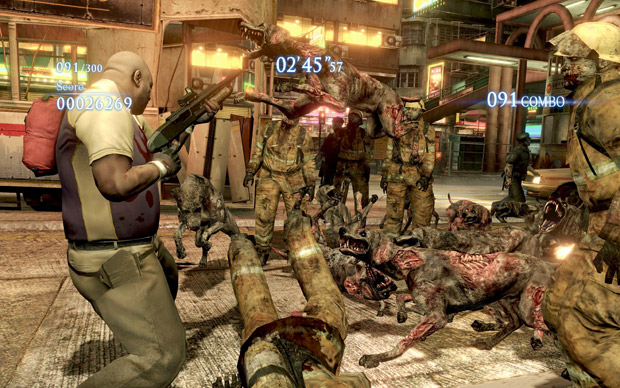 Those Mini-Tanks are strangely adorable

Resident Evil 6 is out today on Steam and all I can say is, hey, points for trying. If you want to play this game, doing so on PC is by all accounts the way to go. Following up on its announcement of a crossover with Left 4 Dead 2 and Valve, Capcom has shared a video of what happens when the two franchises collide. It’s every bit as weird as I expected, but that’s far from a bad thing.

This footage shows off Coach, Nick, Ellis, and Rochelle in the new The Mercenaries: No Mercy mode as well as The Witch and Mini-Tanks that help add to the already chaotic on-screen action. This content will come by way of a free update on April 5, 2013.

The best part of this arrangement is that with the arrival of Coach in RE6, we’re one step closer to having Uncle Phil in a Resident Evil game. Do me proud, modders.