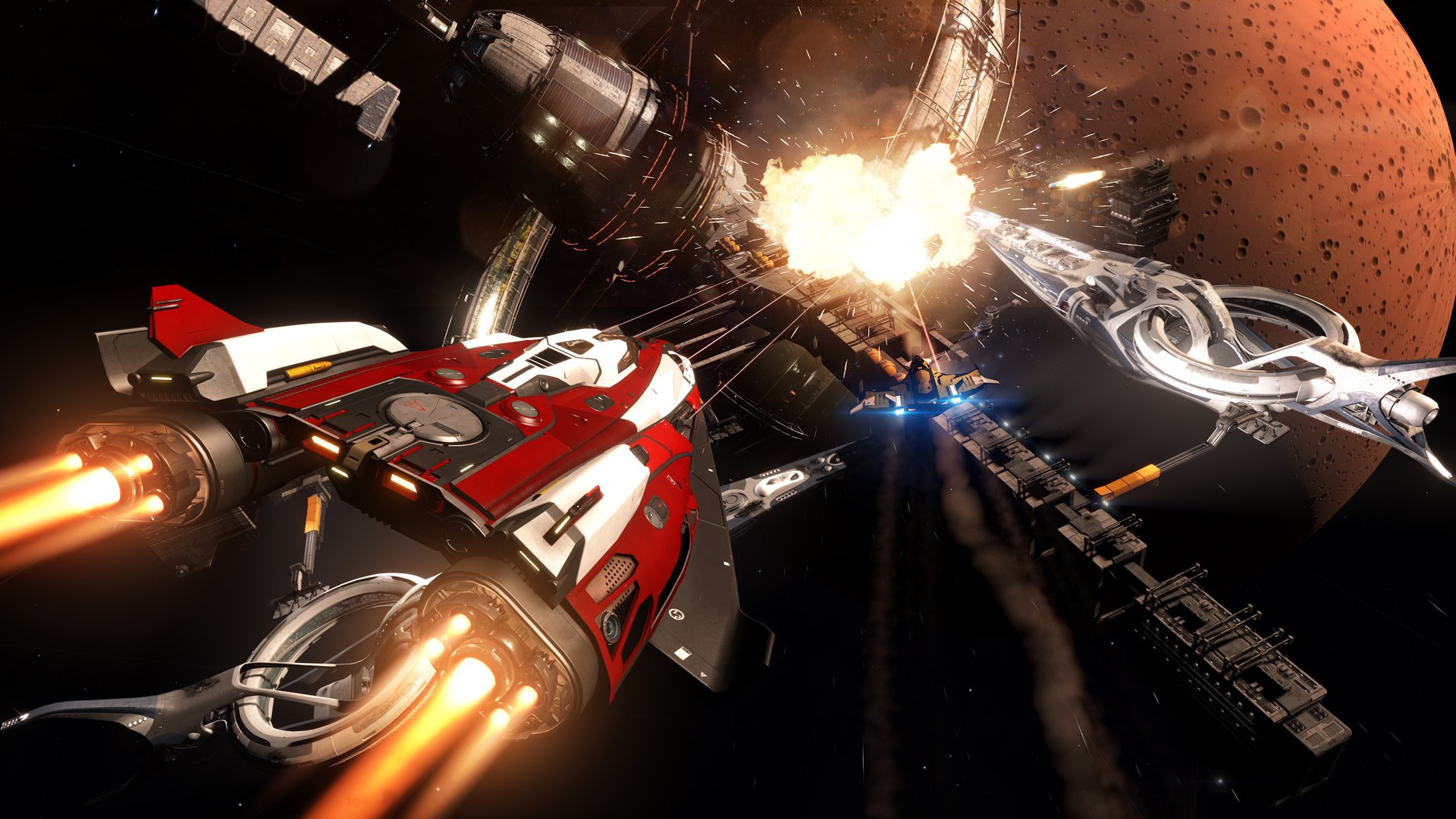 It’ll debut with every expansion and the Horizons season pass

It’s been slow going for PlayStation 4 owners waiting on Elite Dangerous. Xbox One and especially PC players are well acquainted with Frontier Developments’ sprawling space sim by now, and as much as a surprise “It’s out real soon!” announcement would’ve hit the spot after all this time, that’s not the case. But we do have a release window for the slow-and-steady PS4 port, and it’s Q2 2017.

Along with this accompanying trailer, the studio has spoken a bit about what’s new for the PS4 version. There will be touchpad navigation for the map, four “hotkeys” that you can assign to the touchpad, and optional “motion-based headlook controls” for combat. Nothing too compelling, but then, I wouldn’t expect anything substantially exclusive or different from the existing versions.

Arguably more useful than all of those minor features, there’s also PlayStation 4 Pro support planned for Elite Dangerous, which will leverage the console for “enhanced performance,” whatever that entails.

I’ve found the idea of Elite simultaneously interesting and intimidating, which has kept me away, but it sure looks cool. And for a game like this that sees lots of updates, there’s something to be said for waiting until the time is right. (Is it?) I suppose we’ll have to wait and see for the PS4 port.