Coming to Steam on September 29

Back in December, I reviewed Secret Ponchos. It was a pretty interesting online arena shooter, and I saw a ton of potential in it that hadn’t yet been tapped, mostly due to a lack of content. When Switchblade Monkeys’ Yousuf Mapara asked me to check out the upcoming Most Wanted update on PC, I jumped at the chance.

Speaking to Mapara , he noted that the team took the initial criticism of the community to heart, saying, “we really wanted to build on that potential from our original release. We can do so much with the game and the last nine months have allowed us to do that.”

The long road to Most Wanted started a few months after the original hit the PS4, notably by way of the PS+ program. Mapara and his team started working on a complete overhaul in the game, and development culminated when he took his preview build to EVO this year. “They don’t hold their punches, in a good way,” Mapara said. He noted how most of the attendees aren’t interesting in visuals or artistic elements, but how the game plays, if your hitboxes are correct, and other technical aspects. “We always intended on having our game be catered to hardcore players, so this kind of feedback was perfect,” he said. The entire experience is re-balanced around 3v3 fights to have a perfect mix of chaos and skill — “4v4 was a little too hectic,” stated Mapara.

Improving Secret Ponchos is a two-layer strategy — support features, and content. In terms of the former, Mapara mused on how they quickly shifted their philosophy after launch, saying, “We learned so much about the game at launch. This is new territory for an indie team, making a heavily online game. So we tried to base our system off of bigger games like TF2, and we learned that the model doesn’t really work for us. For instance Call of Duty has millions of players at all times. We need to make our game work even if there’s only 100 people playing.” As a result, they’ve made matchmaking easier, merging lobbies together while allowing a rookie and ranked option.

In terms of content, there will be 10 characters, five of which who weren’t present in the PS4’s launch, and four new maps. One of the new additions is “Gunman,” who is described as the “[Street Fighter’s Dan] of the game. He’s a dumb cop who was kicked out of his town, and still thinks he’s the law. After going hands-on with him it’s clear that he’s a support version of the Killer character, complete with a six-shooter, and the ability to mark enemies with a defense-lowering target. The Mad Trapper is another cool newcomer, who is literally all about traps and a massive amount of range. He’s incredibly technical, as he has a low health pool, and can manually hide traps, luring players into all sorts of situations. 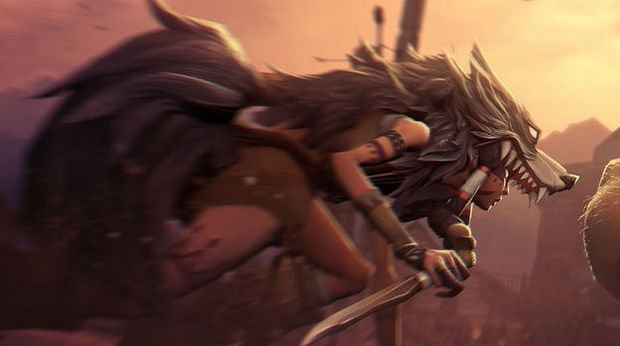 Although she has been playable before I also had the chance to check out the reworked Wolf, who is one of my favorite arena shooter characters in recent memory. She’s all about crits and precision, which grant her extra damage for subsequent shots, and shots right after she dodge-rolls. She also runs faster with her knife out, and can pounce on enemies, slashing them on the ground. Also included in the game is Gordo, a minigun toting maniac, and an unnamed character who wields two tomahawks.

I was actually influenced to level them all up individual as well, as there’s a new progression system in Most Wanted that ties into Steam achievements, and rewards players with in-game cash and content. Other additions include a tutorial, a more improved rookie matchmaking queue, AI bots, and a new mode called “Protect the Posse Leader” (think Gears of Wars’ VIP).

Secret Ponchos: Most Wanted will arrive on September 29 on Steam for $14.99. Much like what happened to Rovio with Awesomenauts‘ shift over to Steam, PS4 updates hinge on the success of the PC version. It’s great to see a developer continue to support a game months down the line, and Mapara and his team seem to be incredibly invested in it.