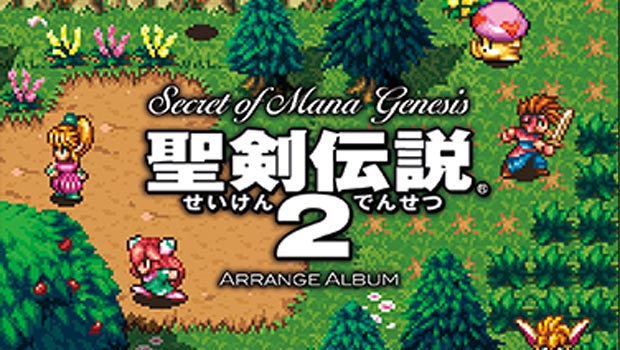 The release of Secret of Mana Genesis is right around the corner, and while we linked to a teaser site last month that didn’t tell us a whole lot about what it would sound like, the folks over at OSV have kept an eye out on the official webpage and have spotted a new update featuring the album artwork and four streaming samples from the album. Samples include the opening “Fear of the Heavens” and the ominous “Prophecy.”

Interestingly, rather than going for interpretative arrangements, the music presented sounds more like an HD remix soundtrack of sorts, taking the original source and upgrading the sample library. It still has a distinctly “gamey” and Secret of Mana-esque sound, which is a plus if you liked the original game’s soundtrack. It can still be pre-ordered from CD Japan and will ship on August 8.

Are you liking what you’re hearing with this album? Does it make you wish a Secret of Mana HD remix really was in the works, or would you have preferred more interpretative arrangements?