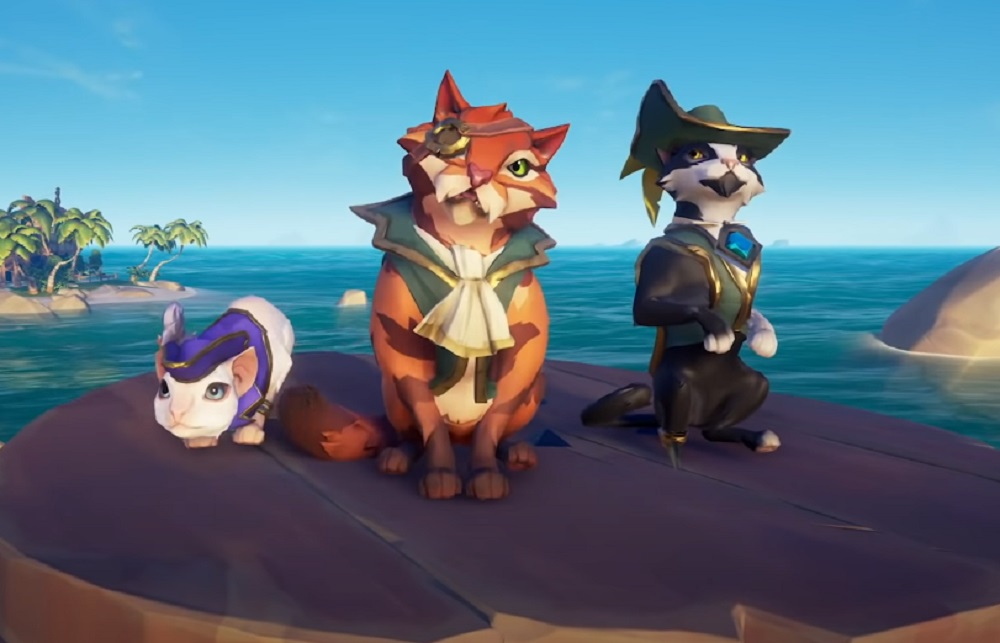 Fans of Rare’s oceanic odyssey Sea of Thieves should prepare to set sail once again, as publisher Microsoft has revealed that its newest update, Ships of Fortune, will be going live in-game on April 22, bringing new trading options and an all-new company, The Reaper’s Bones.

Ships of Fortune will give players the chance to become Emissaries for their favourite trading company. Simply sign up (with a hefty investor’s fee) at the Gold Hoarders, Merchant Alliance, or whichever trading post you frequent, and soon you’ll be off flying the flag for your company of choice, bagging a bonus for any loot you discover. You’ll even receive special gear to denote you as a trading emissary, but don’t forget this privilege could also plant you directly in the cannon-fire of other opportunistic pirates.

Speaking of Trading Companies, as a brand new group, The Reaper’s Bones can be found (naturally) at The Reaper’s Hideout. Disbelieving in the adage of “Honor Among Thieves,” these scurvy dogs consider themselves true-blooded pirates through and through, and perhaps joining up with them might be the only way you can avoid fallen afoul of them. Be wary.

Oh, it should also be noted that kitty cats are now joining the pet list. So if you think having a parrot is a little cliche, you can now pick up one of a trio of moggies to accompany on your voyage. Will the scruffy Wildcat, the fluffy Ragamuffin or the slinky Mau, prove to be your purr-fect sailing buddy?

For full details on the Ships of Fortune update, visit the official Xbox Wire blog post right here. Sea of Thieves is available now on Xbox One and PC via the Windows Store, it is also headed to Steam at some point in the future.