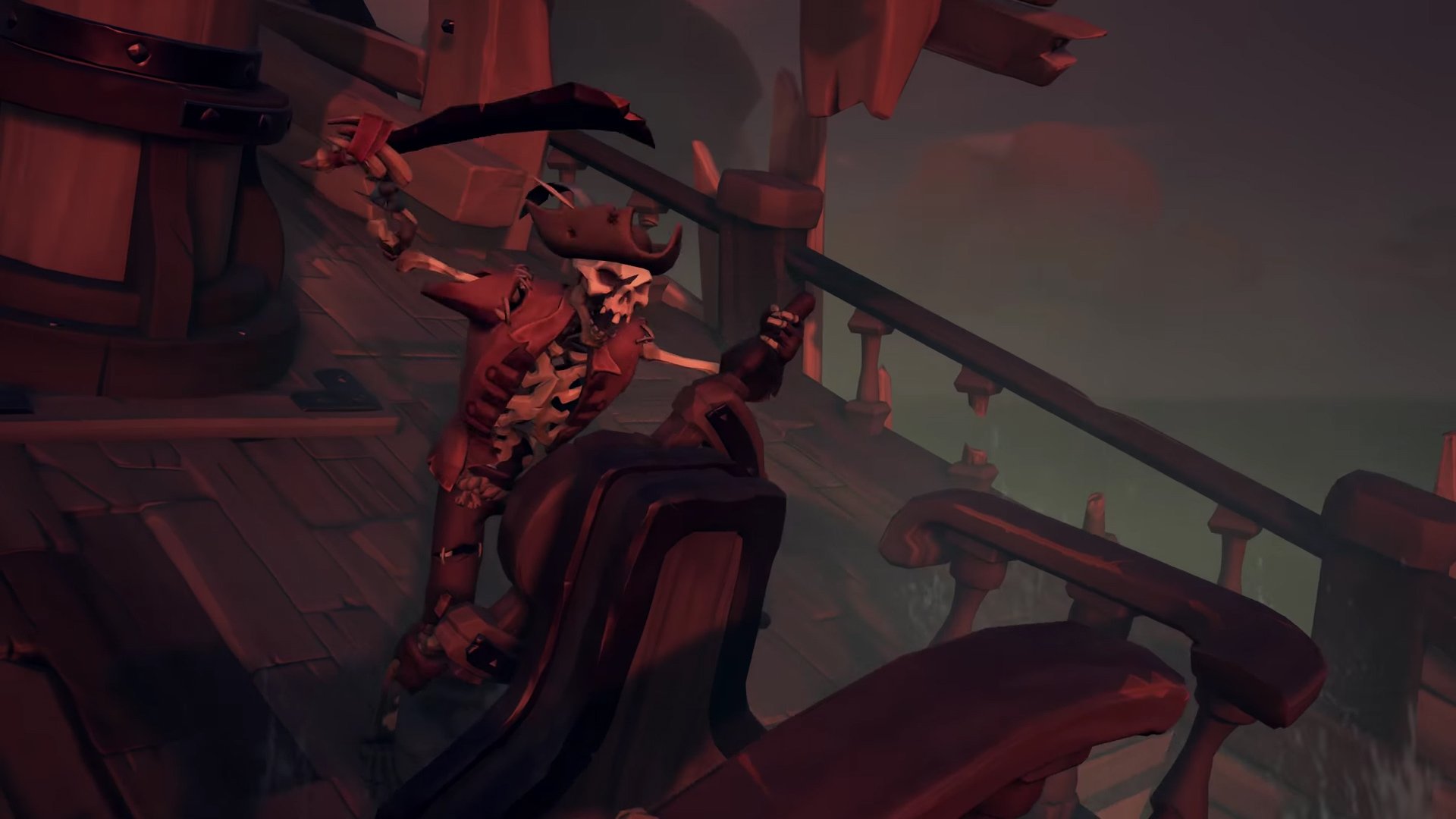 Lapsed Sea of Thieves players will want to check back in with the game two weeks from now. The next big expansion, Cursed Sails, is set to unleash cursed ships manned by skeleton crews on July 31.

Along with the new AI threat, the free content update will introduce a new three-person ship, the Brigantine, and an alliance system. The latter feature is said to encourage multiple crews to “band together in pursuit of their goals, [tackle] greater challenges, and [share] the rewards.”

“We’re gonna run a kind of time-limited campaign to introduce them with a bit of story, a bit of lore, a bit of reasons to go and engage with them and get rewards and everything,” explained Rare’s Joe Neate. “And we’re going to make sure there’s reasons to replay it as well. From that point onwards, [skeleton ships] stay in the world as a kind of emergent threat and we do want to get to a place where we can add them into quests. They’re also going to be introducing cursed cannonballs into the world.”

The studio also added that “things are afoot with Sea of Thieves‘ ever-competitive shopkeepers, and a tale of ambition and greed escalating into something truly terrible will come to light in Cursed Sails.”

The Megalodon was a fine addition, don’t get me wrong, but this update is more my style.