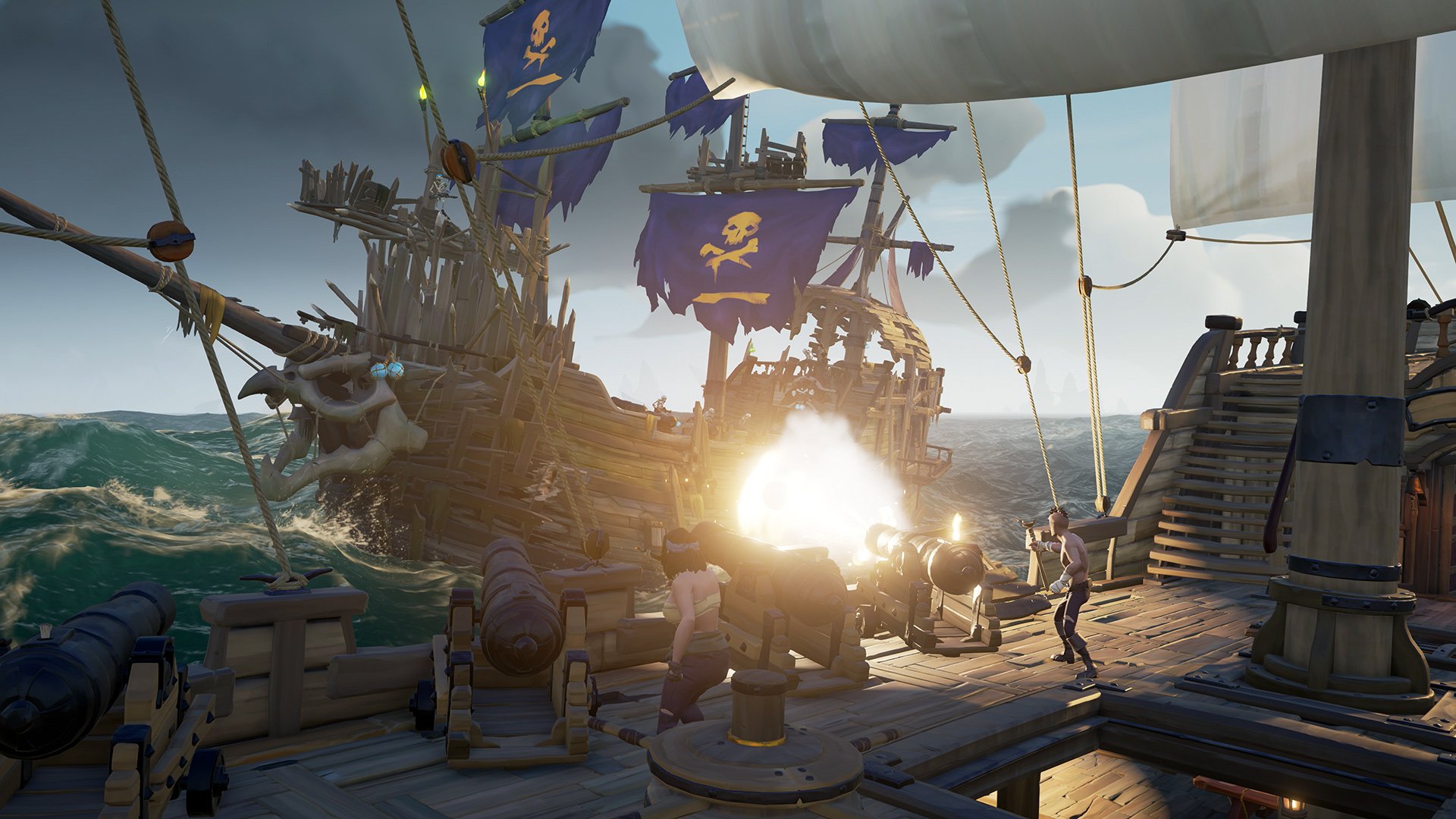 Sea of Thieves players have discovered an odd yet surprisingly effective way of defeating the AI skeleton crews in this week’s Cursed Sails expansion: buckets full of water. Not explosive barrels, or cannonballs, but buckets. I love it when players come up with alternate ways to solve problems in video games.

The skeleton-led ships will only appear at specific locations during certain times, so finding much less defeating the undead crews is easier said than done. I’ve yet to take even one ship down. To that end, if you’re a solo or small-team player, your best bet is to align yourself with at least one other crew.

Here’s how a successful player-versus-AI sea skirmish will typically play out:

And here’s how redditor chopbone sinks skeleton ships “in under a minute” using buckets:

1) Get you and two friends on a brigantine.

3) Bail the water till you get to the fight (will need the two others bailing water the entire time while one drives).

5) Repeat and do not repair anything unless the water is to overwhelming for your crew.

I haven’t been able to capture footage or find clips, but yeah, that’s the idea. “My favorite part about this strategy is the adrenaline rush you get because if the crew isn’t bailing the water it can become intense,” said chopbone. “Also yesterday while we were doing this all the others in the alliance could not believe our boat wasn’t sinking to this strategy and it was fun to [hear] their coms in game about us.”

If you can find them, skeleton ships are a neat and rather significant addition to Sea of Thieves. I think it’d be cool for Rare to host events in which the AI crews can emerge from the depths and engage you anywhere on the map. That’s originally how I thought the system worked, and I was tense.