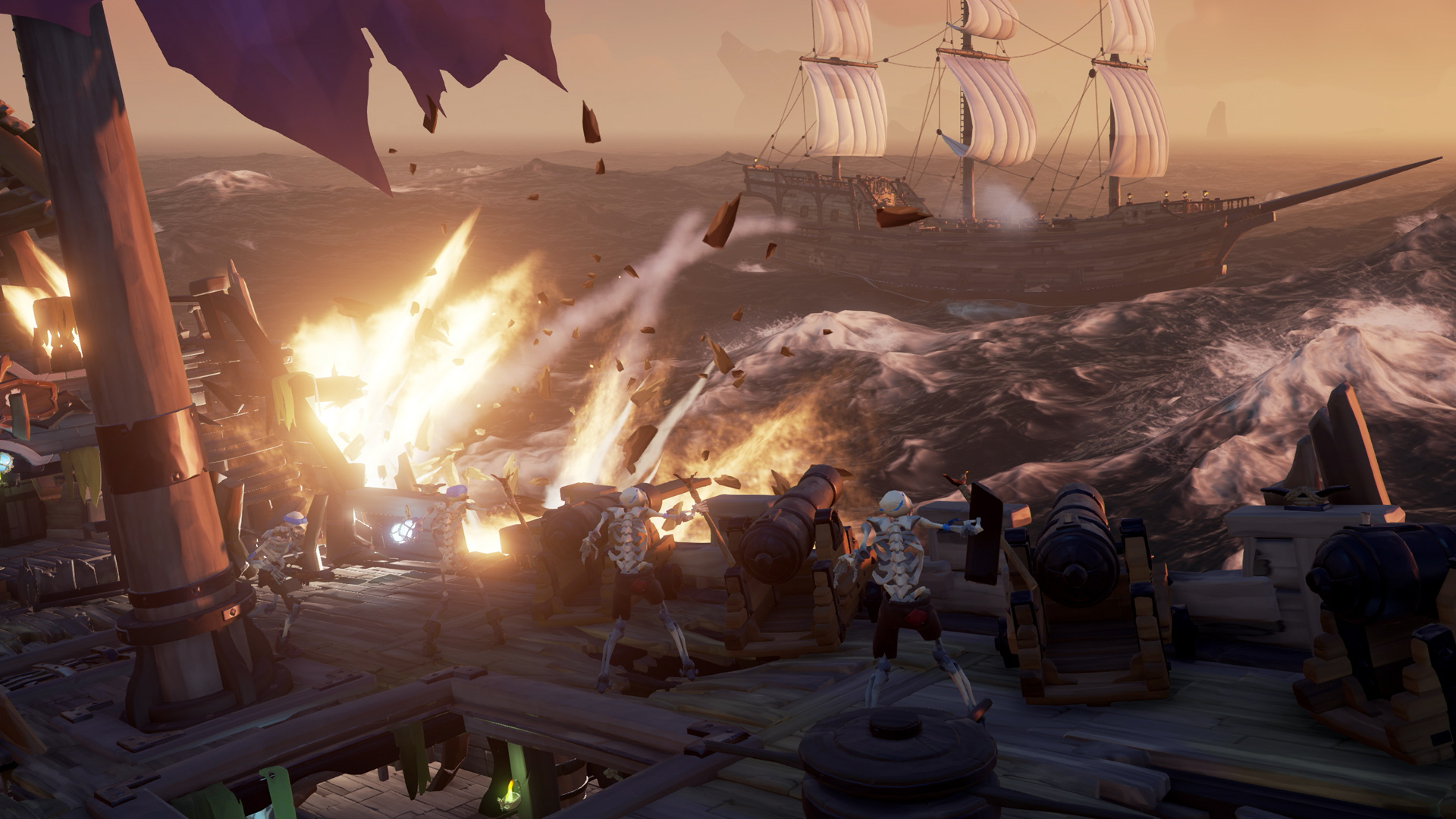 Cannons sometimes have a mind of their own in Sea of Thieves — at least, they did. With today’s update, Rare fixed an irksome bug that occasionally caused players to “travel in unintended directions” when fired out of cannons, as well as a similar issue that led “muffled cannon audio to persist.”

This footage captured by YouTube user FuriousViking shows how annoying the bug could be:

That said, we’re in the middle of the Cursed Sails event, so it’s the main priority for this patch.

If you’re determined to track down and sink all of the skeleton crews, you should have a smoother experience going forward. Rare is altering the ship spawn schedule each week so that if you’re only able to play Sea of Thieves during a certain time of day, you’ll be able to face different skeleton crews.

Building on that fan-suggested change, the studio has also made it easier to rematch AI ships and loot them. You’ll have more time to get back into a skirmish if your ship sinks, and once you prevail (I believe in you!), your crew won’t feel quite so rushed to collect loot before the next challenger appears.