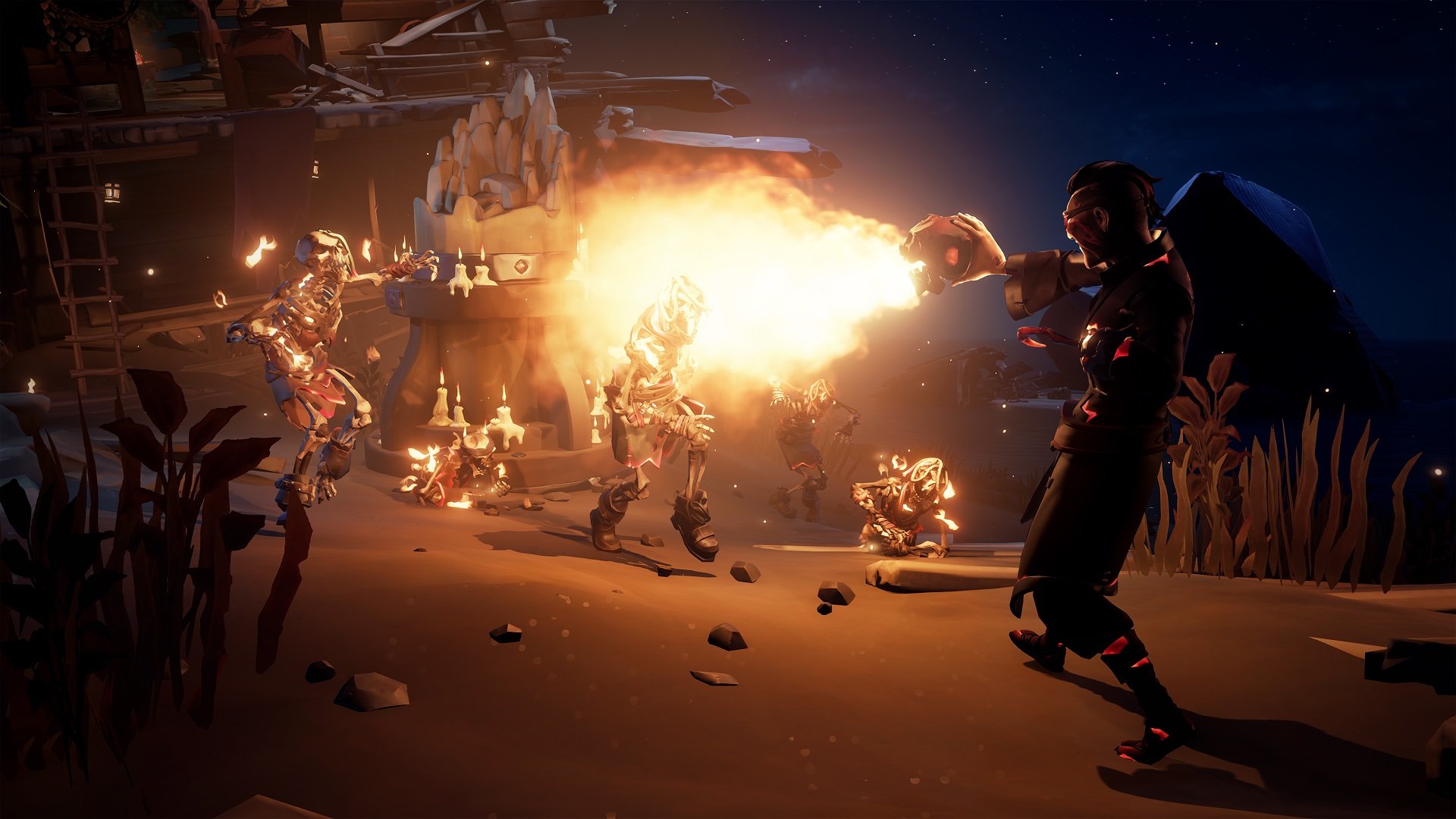 I can feel a hot one

The next Sea of Thieves update belongs on the cover of the cheesiest ’80s metal album. Get ready to melt some faces — not through the sickest of guitar riffs but through actual hot hot heat.

The Ashen Winds update is live and it introduces a new enemy type called the Ashen Lords. They’re a fiery bunch — literally. Their presence is marked by a firenado. They’re capable of turning their faces into flamethrowers. They summon meteor storms. Thematically, you get the idea.

There’s a badass payoff for dealing with the sweaty temperature change. Ashen Lords will drop the Ashen Winds skull which is straight-up a skull the spits fire. It’s a great way stop another buccaneer dead in their tracks. It’s an even better way of setting another crew’s all-wood ship aflame. Wood, as I understand it, is extremely flammable.

It’s not a permanent accessory, though. They burn hot and flame out quick. The Order of Souls will buy skulls from you, but they’re willing to pay a lot less if you’ve used up all the firepower. An empty propane tank is a worthless propane tank.

Here are the full patch notes for the Sea of Thieves Ashen Winds update.