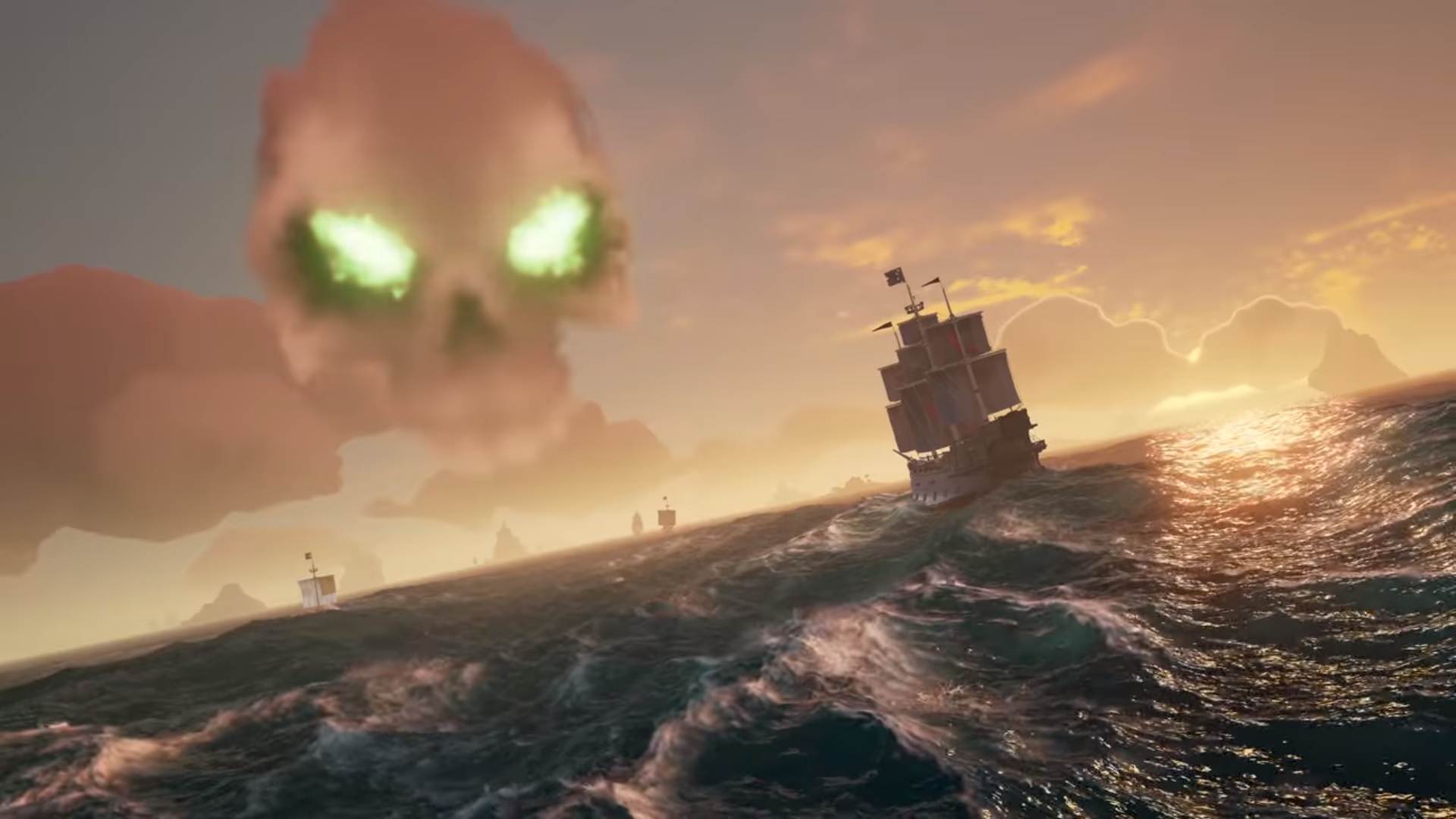 Lift the curse, lift some loot

Many a swashbuckler had a rip-roaring good time during the Sea of Thieves January beta. But, a common complaint is that there wasn’t enough variety to guarantee an extended good time. Rare seems set on proving there’s more to the high seas than what we’ve already seen.

For instance, here’s this new video that details skull forts. At any random time, a giant plume of smoke in the shape of a skull might cover the sky, which indicates that a skull fort is now active. Inside, there’s a gauntlet of skeleton enemies and a skeleton captain that are all very protective of their base. Once they’re all bested, a vault opens up that has just a ton of loot in it.

But, you aren’t the only one who wants that treasure. The smoke skull serves as an active signal for other crews to come jack your booty. (Or, for the opportunists, for you to go steal the bounty from someone else’s hard work.) It’s probably more nerve-wracking after you kill the skeletons because you’re gonna always feel like you’re ’bout to get got.