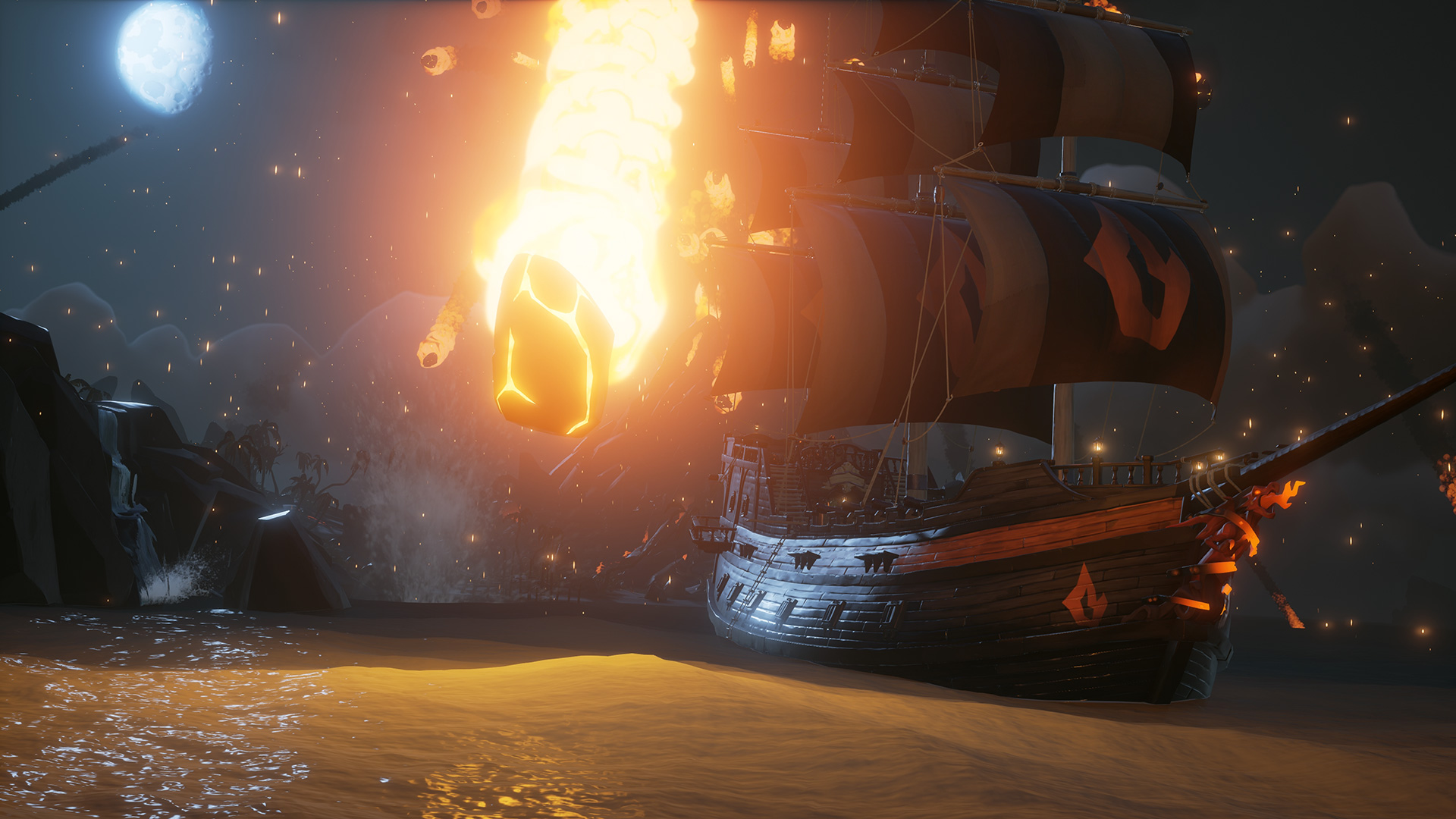 The free Forsaken Shores expansion is out now

After a short delay, Rare’s biggest Sea of Thieves content update yet, Forsaken Shores, is now available on Xbox One and PC. It’s a chance to explore a new area full of active volcanoes and boiling water.

While the fiery theme stands out the most, I’m just as eager about another addition: rowboats. You’ll find them washed up on islands and once you get them back into the water, you can use the boats to slip deep into dangerous territory. There’s a lot of potential for PvP hijinks with rowboats.

Rare is running a four-week campaign that revolves around the first crew to ever make it into The Devil’s Roar. The most interesting part will arrive in week three, when Sea of Thieves gets new Cargo Run quests at the Merchant Alliance. In short, you’ll have to transport precious cargo that can’t break or get wet. In a game where things break and get wet all the time, that’ll be a constant challenge.

There’s also new commendations and Bilge Rat titles to earn, more cosmetics for your pirate and ship, and refinements to make inventory management faster. As ever, Forsaken Shores is a free update, so if you bought Sea of Thieves or have it through Game Pass, this stuff is worth a run-through.

If you want to spoil yourself, someone has already put up an interactive map of The Devil’s Roar.