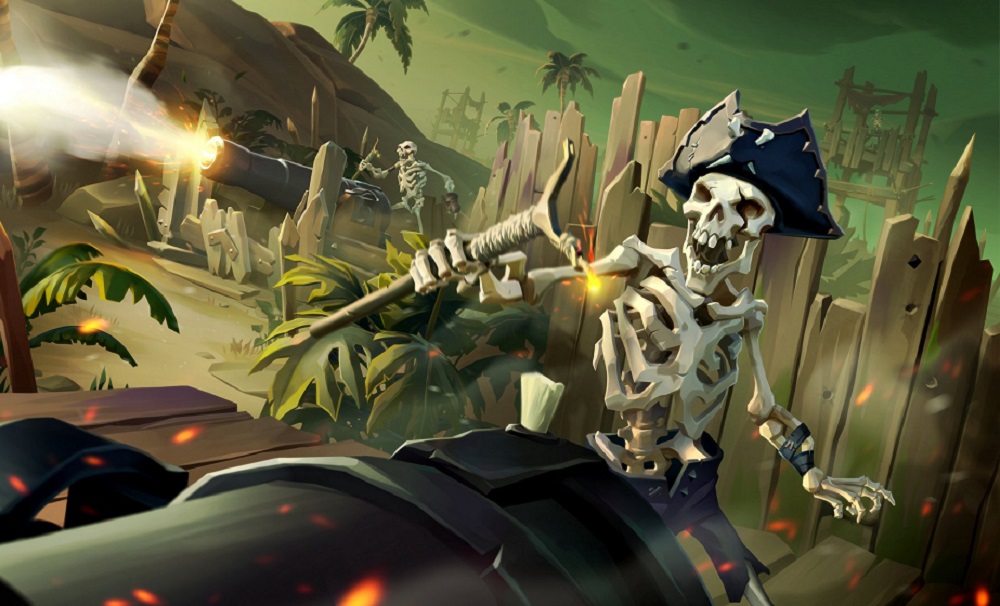 In what is easily the biggest shakeup in months, the top four slots in the UK Charts were all captured by debuting titles last week, which forced their way into the big leagues.

The string of successful debuts was led by Microsoft’s seafaring adventure title Sea of Thieves, which was then followed by EA’s co-op only prison break title, No Way Out. In third place was beautiful RPG sequel Ni No Kuni II: Revenant Kingdom, with Ubisoft’s remastered edition of 2014’s Assassin’s Creed Rogue slotting neatly into number four.

The success of these titles pushed Burnout Paradise Remastered and FIFA 18 down several slots, though the irrepressible Mario managed to hold fast, with both Mario Kart 8 Deluxe and Super Mario Odyssey maintaining Top Ten spots.

Elsewhere in the charts, Nintendo 3DS release Detective Pikachu had a disappointing first week, debuting at number 23, while Bandai Namco’s Attack on Titan 2 landed at a respectable number 17.